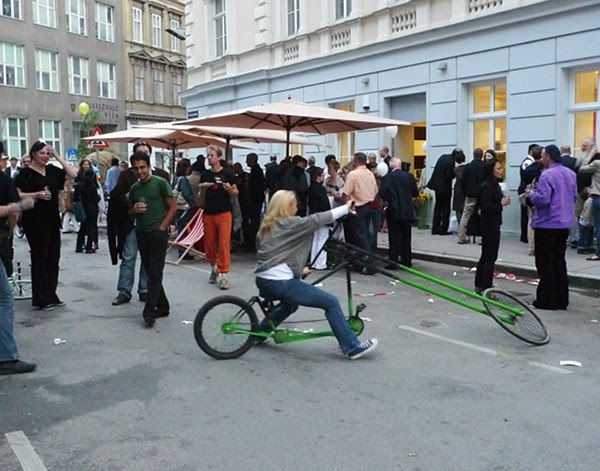 Last night, Anna (from Cycling Is Good for You) and I went to a party thrown by a local law firm. As a form of entertainment, the party offered its guests a number of exotic bicycles to try, courtesy of our friend and fabled bicycle collector Wolfgang. 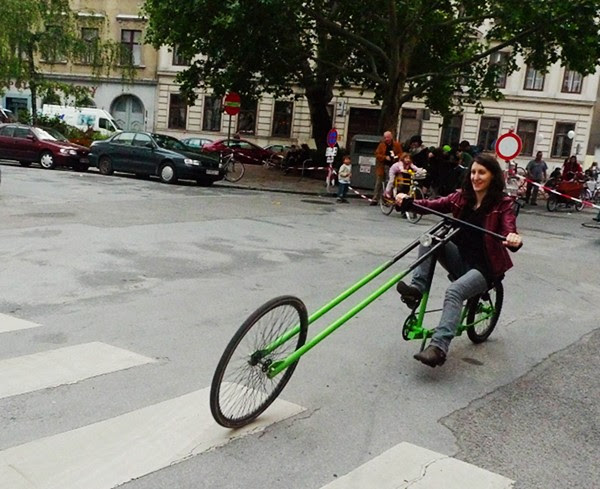 Among the more notable was this super-long chopper. 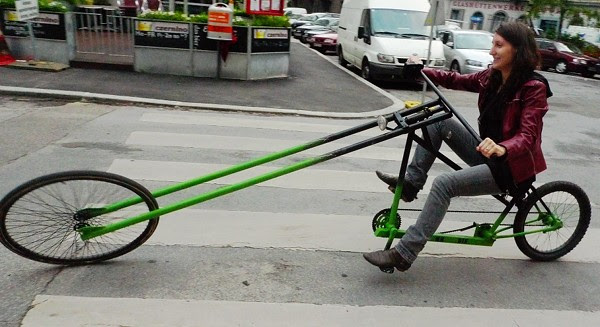 Don't be deceived by the fact that Anna is actually pedaling it in the pictures - these things are incredibly difficult to ride. The freakishly long fork throws the steering completely out of wack requiring extraordinary balancing skills and trust in the universe to control it. 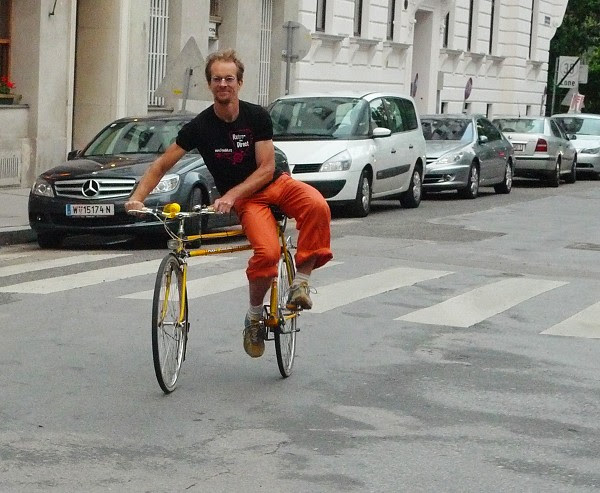 And here is Wolfgang riding a Swing Bike. If it looks like the bicycle is folding in half whilst in motion, that's because it is. 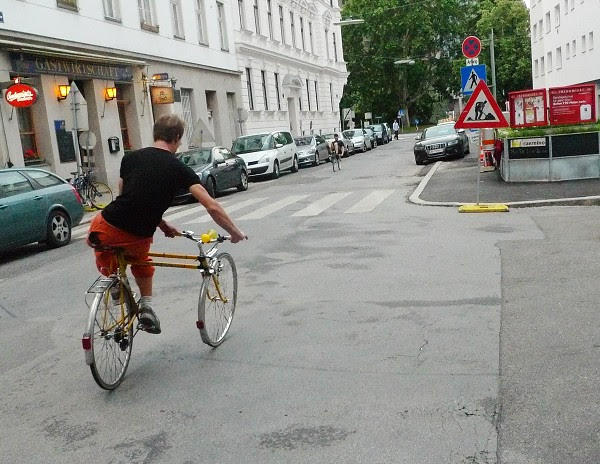 The seat tube is split in such a way, that it pivots and allows independent steering for the front and rear wheel, to the point that the wheels can be almost parallel to one another.

When I first learned about modified bicycles, I assumed the point behind them was eccentricity and creativity. I never realised that often such bikes are intentionally designed to be difficult to ride. By altering the bicycle in a way that disturbs balance, the cyclist is challenged to compensate by improving their own balancing and steering skills. Though I prefer my bicycles ridable, I appreciate the skill it takes to handle these - especially after having tried (and failed) to ride them myself!
Labels: bicycle events bike friends Vienna