We've all been caught off guard here by the wintry temperatures over the past few days. I was in disbelief at first, but gave in and got out the wool coats and boots again. Yesterday the sky was dark and the forecast promised continuous rain, and so when we needed to go on errands across town we took the Pashleys - after making some minor modifications. 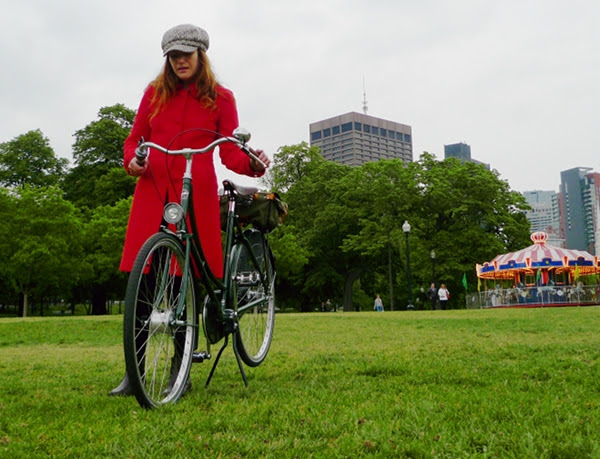 When I was explaining to the Co-Habitant months ago that the Princess feels slow to accelerate from a stop compared to my other bicycles, he immediately suggested that the basket might be at fault - producing wind resistance at slow speeds with its dense wicker enormity. I dismissed this idea for a while, because the basket is just so nice. I did not want to believe it could have any significant role in slowing me down. 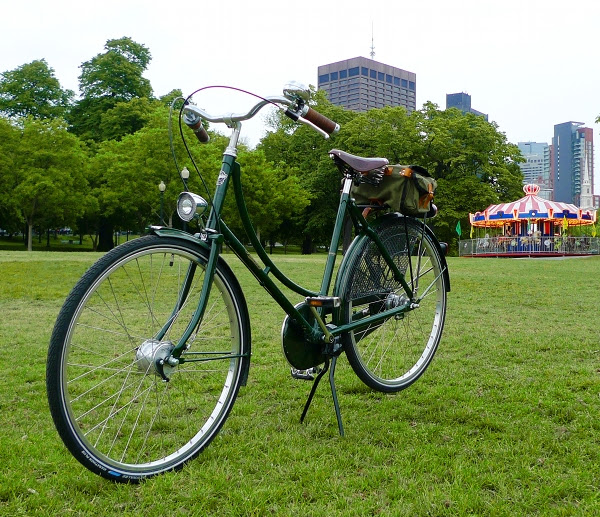 But after the de-basketification procedure (we finally got some wrenches that allowed us to remove the handlebars and take off the entire basket support system), I have to admit that he was right. Without the basket, the Princess is faster to accelerate from a stop, and it is also easier to maneuver. I guess I am just not a "front basket kind of girl" despite liking them aesthetically. I miss the basket being there, but the handling and speed of the bicycle are so improved by its absence that I just can't see myself willingly re-attaching it. Instead, I will get some roomy panniers for the rear rack to increase load capacity. 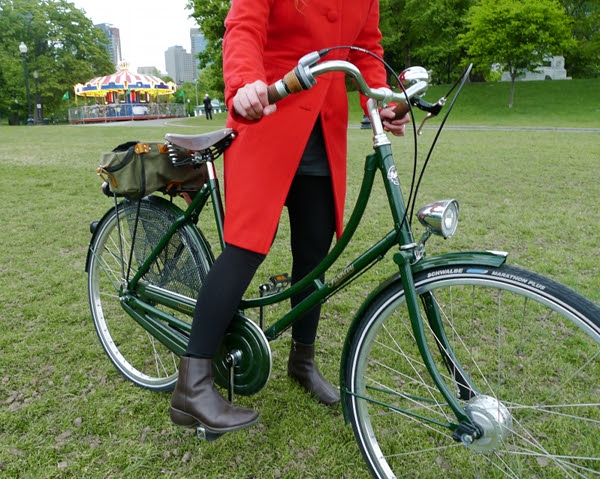 In addition to the de-basketification, we changed the angle and rise of the handlebars some more, so that they resemble a vintage roadster set-up and allow for a more aggressive - yet still upright and comfortable - posture. This has further improved things, and I prefer the look as well - reminds me of a path racer! 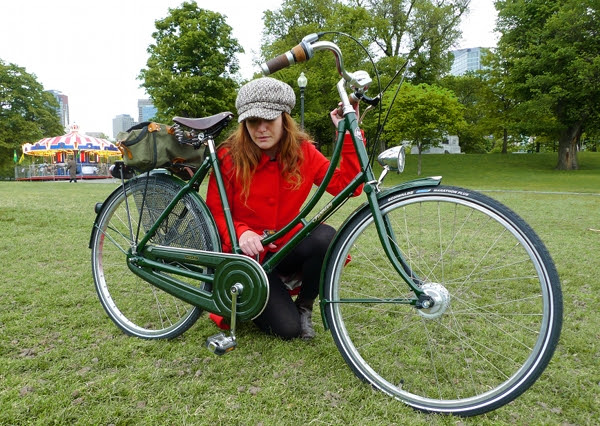 With these changes and the effects they've had, I think I will keep the bicycle and continue tinkering with it. I would like to replace the Marathon Plus tires with cream Delta Cruisers, and I think this will make the Princess zippier still. This bicycle may not be super fast or light, but it is undeniably safer and more comfortable in bad weather than any other bike I have been on, and that is no small thing. 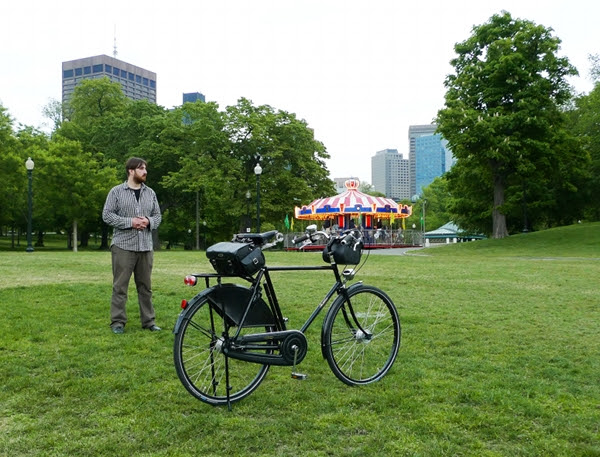 The Co-Habitant's Roadster is happy that the Princess will be staying, and he assures her that she looks just as good without the basket as with. If anything, her graceful long neck is now more visible and all the better to admire. What a flatterer!
Labels: basket Boston Eustacia Vye loop frame Pashley