I bought a Zimbale 7L saddlebag a few weeks ago from Harris Cyclery, and have been receiving questions about how it compares to my Carradice Barley. 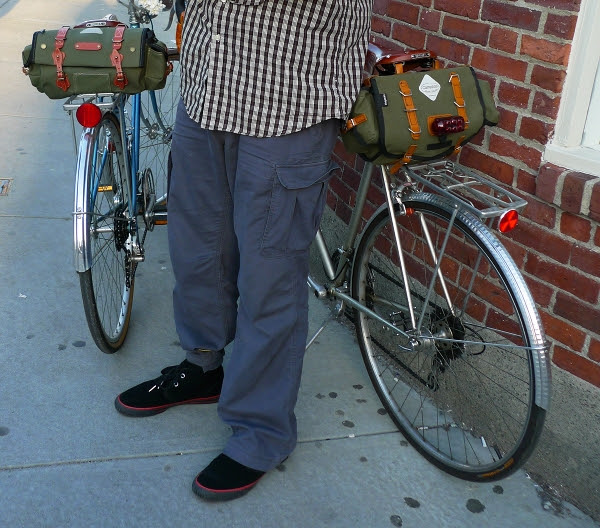 The bags are indeed very similar, with the Korean Zimbale (left) being intentionally modeled upon the English Carradice (right), in response to the increasingly limited availability of Carradice bags. Because of the similarity of the two designs, it makes more sense to describe how the Zimbale bag differs from Carradice, rather than review it from scratch. A thorough review of the Carradice Barley is available here. 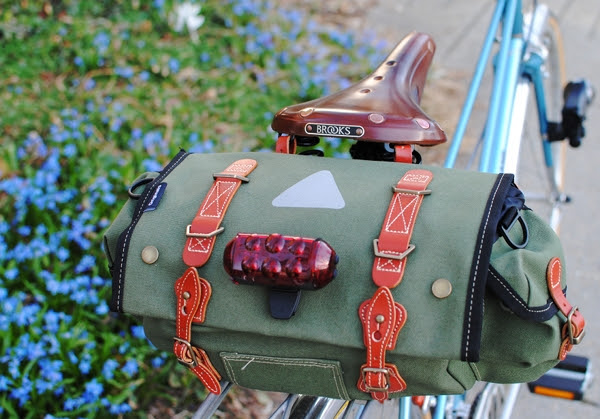 The Zimbale 7L bag is as handsome as the Carradice Barley and seems to be made with the same degree of quality. The stitching is excellent and the leather has a nice feel to it. The colours are slightly more saturated than on the Carradice: the fabric is a deeper and brighter green, and the leather is a darker and redder brown. 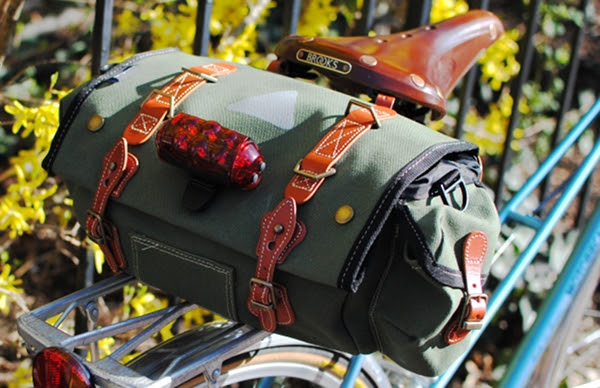 Structurally, the Zimbale 7L bag differs from the Carradice Barley in several ways - the first being its folded long flap. The folded flap design allows the bag to expand when over-stuffed. Carradice offers this flap on some of its larger models, but not on the 8L Barley. Another difference is the Zimbale's two "D-rings" (those black plastic clips on the sides), that allow the attachment of a strap, so that the bag can be removed from the bike and worn over the shoulder. 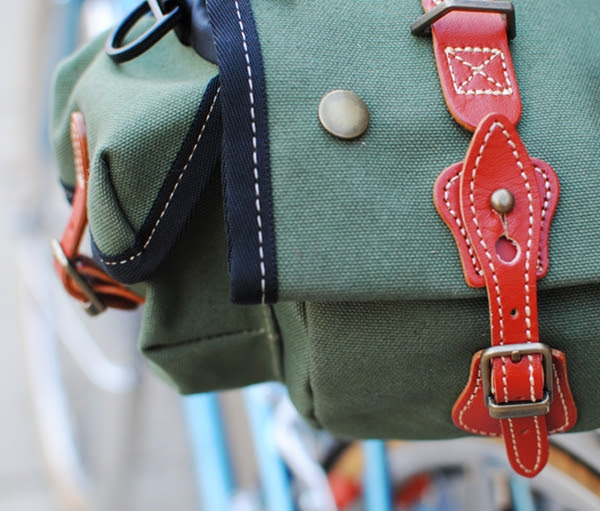 Finally, unlike Carradice, Zimbale has a closure system where the metal buckles are supplemented by an eyelet-and-rivet system (is there an official name for this?) that makes opening and closing the bag faster and easier. 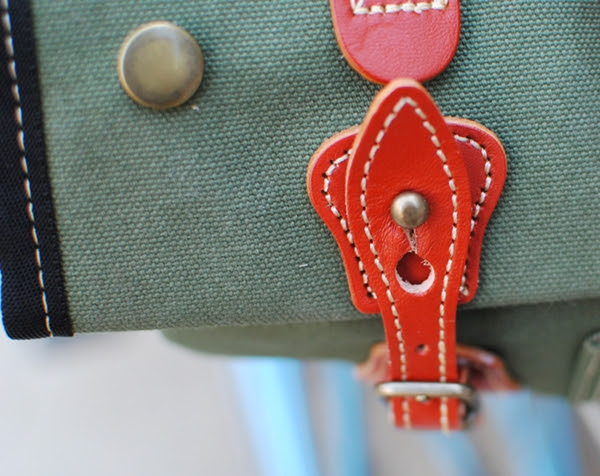 I must admit that the eyelet system is easier to use than the buckles. My only concern is that the leather in that area might fray over time - will see how it holds up in the long run. 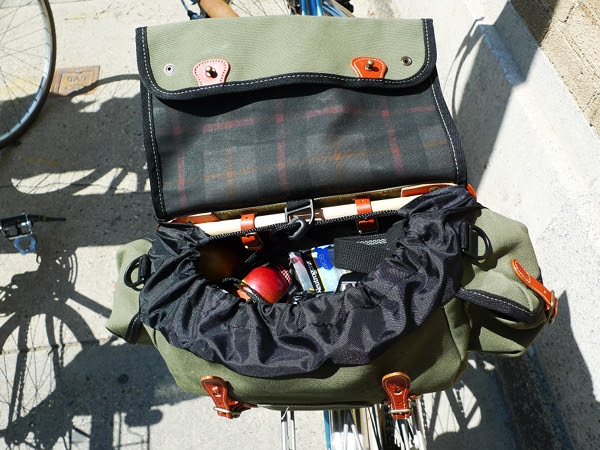 The inside of the bag is identical to Carradice, with the exception of the plaid lining of the top flap. The 7L Zimbale is just a tad smaller than the 8L Barley and this is more apparent when loading the bag than when looking at it. The next size up Zimbale offers is 11L, and that is the size I would get for proper touring. For shorter trips though, the 7L is sufficient. 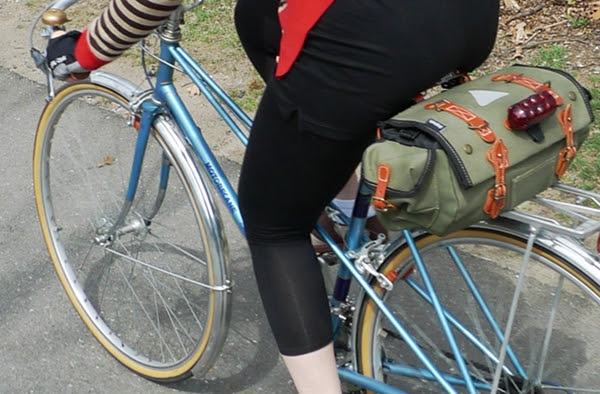 One final thing to note about the Zimbale, is that the loop we like to use for tail light attachment is positioned higher than on the Carradice, reducing its suitability for this function. When the longflap is folded under, the tail light placement is okay. But when the flap needs to be expanded, the light points up and can no longer be mounted in that position. This has reminded me that we really need lights that mount on fenders - saddlebags just aren't ideal mounting points. 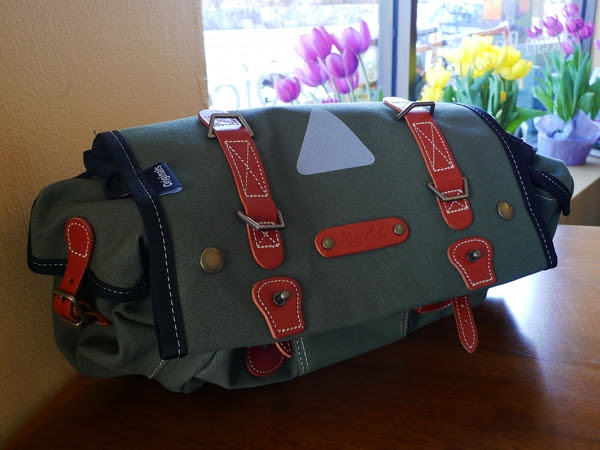 Overall, I like the Zimbale 7L bag as much as the Carradice Barley. I am at once uneasy about Zimbale's copying Carradice and grateful that more of such bags are being offered. Origin8 is also copying the Carradice design (in black only) with its "Classic Sport Saddle Bag" - so clearly there is a great deal of demand for such bags. For additional reviews of the Zimbale bags, see EcoVelo and Suburban Bike Mama.
Labels: bags product reviews