Fate has been kind to Marianne! Rather than being torn apart for donor components, she has been spared, and fitted with new handlebars. 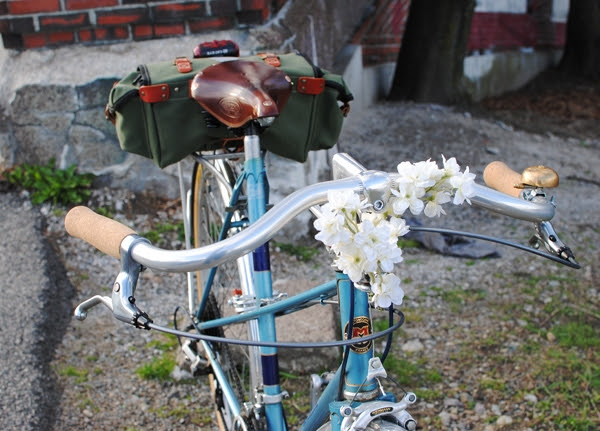 What you see here are upside down Nitto Albatross Bars (Nitto's version of "North Roads"). 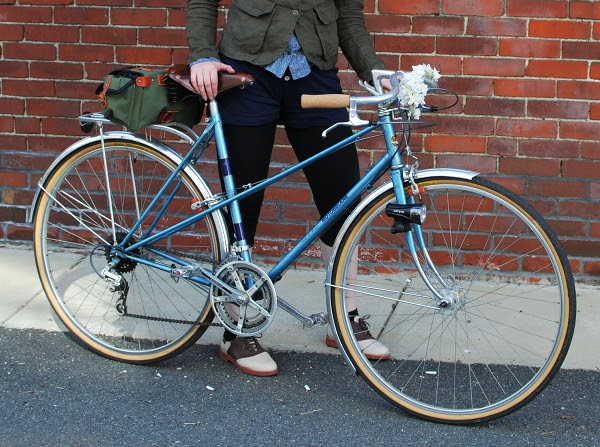 Ever since seeing pictures of vintage path-racers, it has been a fantasy of mine to have this handlebar set-up on one of my bikes. My concern was that it would be too aggressive for me to handle. But since Marianne's Milan bars were becoming increasingly uncomfortable on longer rides, I thought it might be time to revisit the possibility. 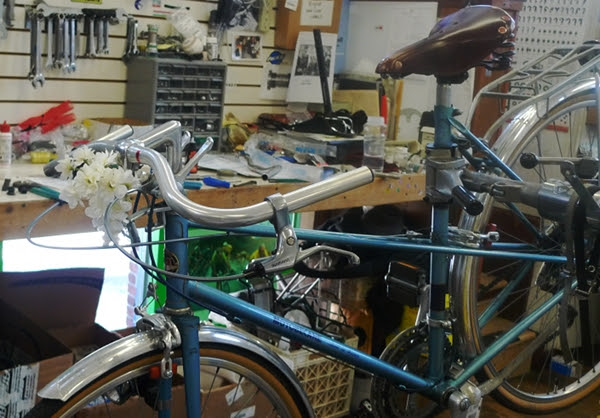 Harris Cyclery had some Albatross bars in stock, and the nice mechanic Jim Ammirato talked to me about installing them upside down. It is so difficult to tell what will feel "too aggressive" to one person versus "comfortable" to another. But luckily one of Jim's own bikes - a gorgeous bordeaux A.N.T. path-racer that deserves its own feature - had this exact set-up. I tried the handlebar position on the A.N.T., and to my amazement it felt wonderful. And so the installation proceeded! 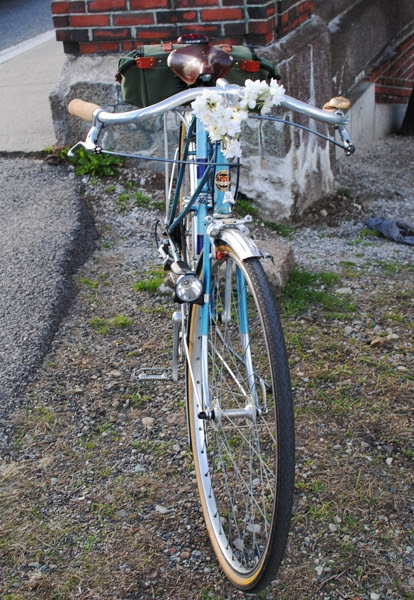 As you can see in the pictures here, installing North Road style handlebars upside down places the hand gripping areas considerably below the level of the stem, while at the same time bringing them closer towards the rider than drop bars. You can control just how far down the gripping areas are by tilting the bar. We made mine on the tamer side to start with, but when I feel ready for a more aggressive posture I will tilt them down further. 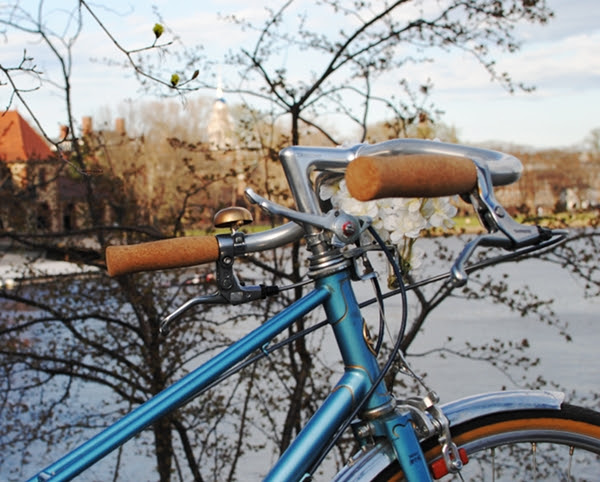 North Roads are famously comfortable, because their gripping areas place the rider's hands in a naturally-occurring position: parallel to the body with an ever so slight outward flare. This is in direct contrast to flat handlebar styles (which includes the flat upper part of the drop bars, where most cyclists really spend most of their time). They position they offer is not a naturally occurring and places stress on the wrists if maintained for long intervals. 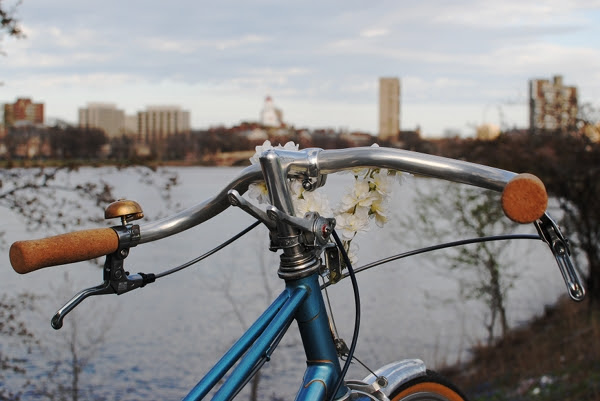 So the cool thing about upside-down North Roads, is that the aggressiveness of the posture is dampened by the comfort of the hand position. If you own an English Roadster or a Dutch bicycle, imagine holding your hands just as you currently hold them, only lower. Not so scary at all. 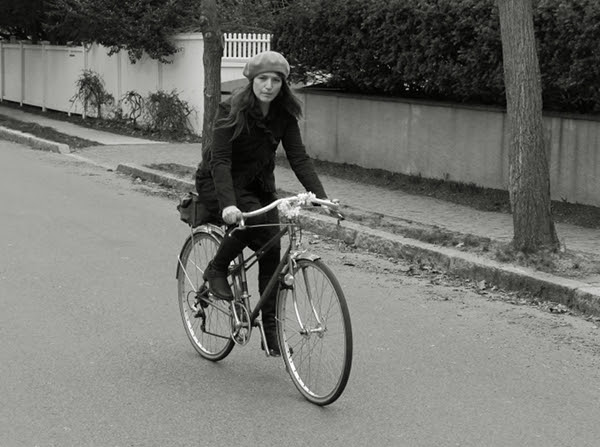 Perhaps this explains how it is that with the upside-down Albatross bars I am both more leaned over and more comfortable than with my previous Milan bars. I have ridden 13 miles with the new set-up so far, and it's been exhilarating. Of course a longer trip will allow me to give the final verdict. 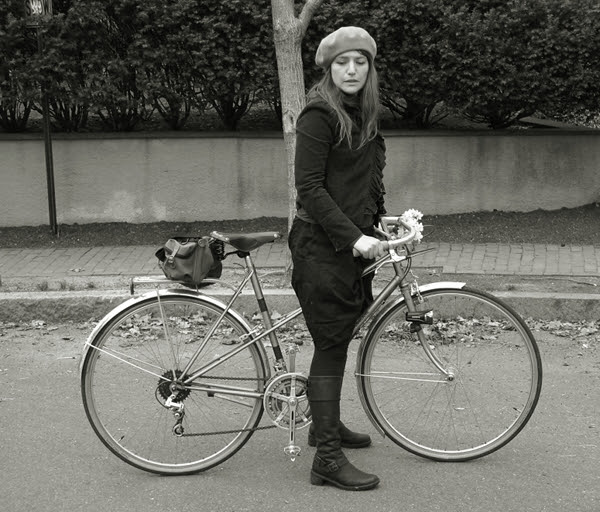 Since these pictures were taken, I have treated the cork grips with wood stain in an attempt to darken them without the slippery finish of shellac. I am still waiting for them to dry and will let you know how this project works out.
Labels: comfort grips handlebars Marianne mixte restoration vintage