A week or so ago, the Co-Habitant and I met up with Somervillain as part of the Boston Retro Wheelmen project. It has taken me a long time to upload these pictures, because I would start laughing when trying to process them. Behold what happens when you get two obsessive men and their bicycles together... 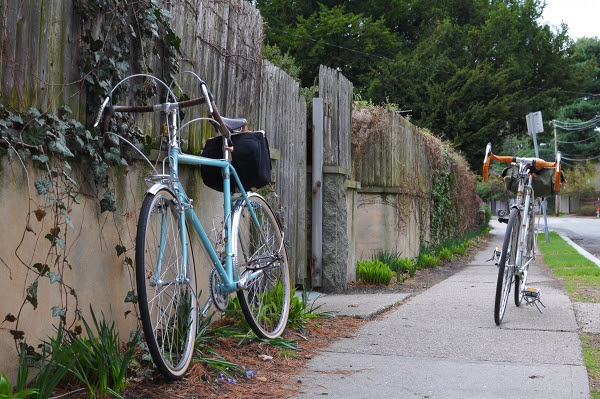 Somervillain brought his meticulously restored 1984 Shogun 2000, which he built up as a classic randonneur. The Co-Habitant brought his 1976 Motobecane Super Mirage (a lower-end model than the Shogun - but still nicely done up) to compare. 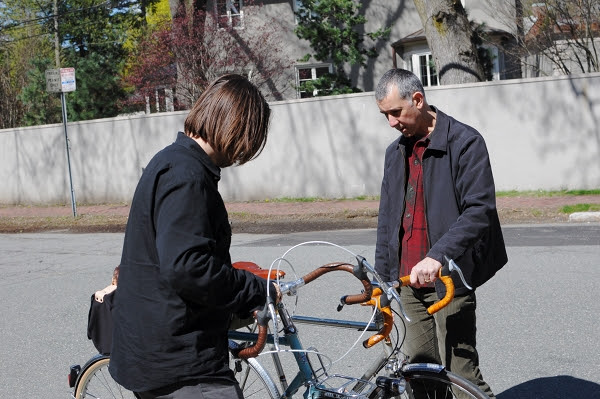 And compare they did. 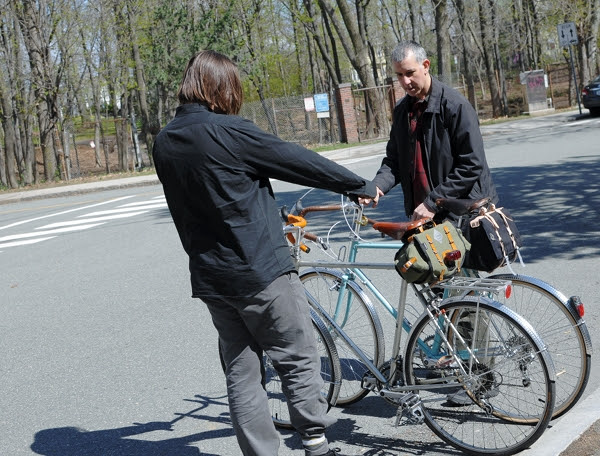 This went far beyond test riding each other's bikes, and gradually turned into what seemed like a millimeter by millimeter comparison of various measurements. 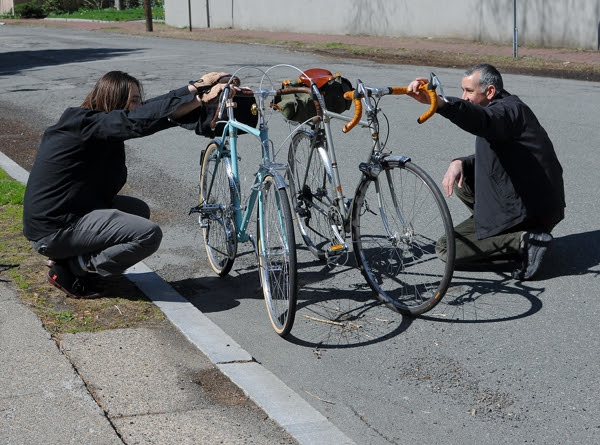 There was a question of whose top tube was longer and no effort was spared to investigate the matter. I wish I were joking. 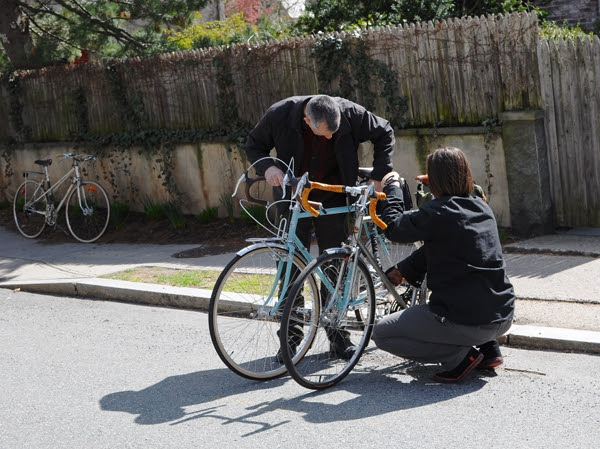 My Mercier stood back and stared in amazement. Having no top tube, she could not understand what all the fuss was about. 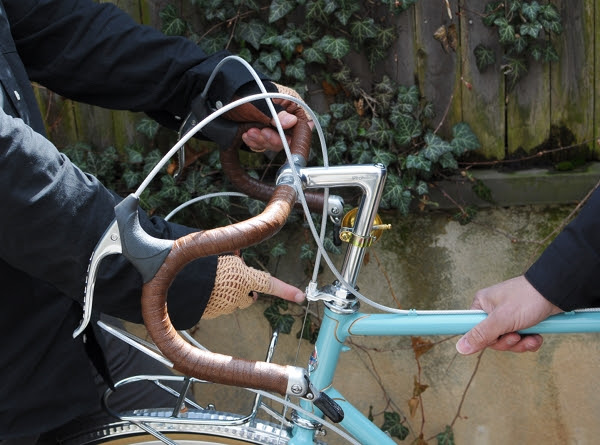 Having resolved this issue to their satisfaction, a discussion of component choices ensued. 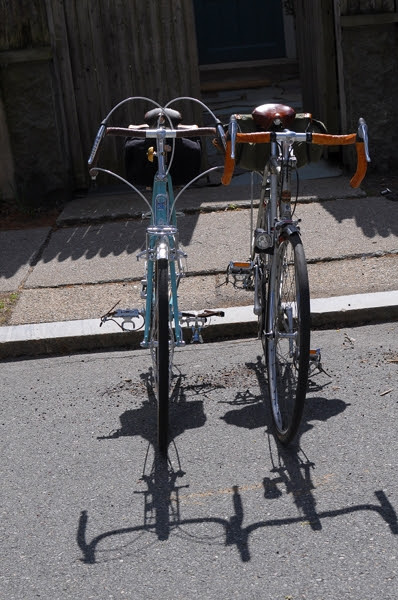 I think the conclusion is clear: Both bicycles are gorgeous, because I helped choose the accessories when they were being built up. Obviously! I will post more about Somervillain's newly built up randonneur soon - it really is something, and I took detailed pictures. 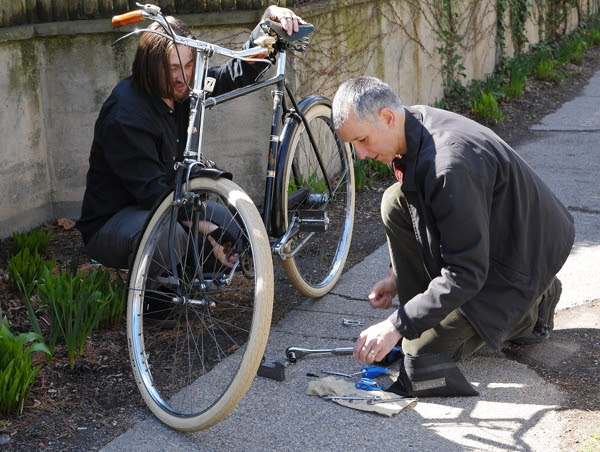 The same morning, Somervillain helped us out by replacing a cotter on the Co-Habitant's 1972 Raleigh DL-1. Yes, that is a cotter press right there on the sidewalk. 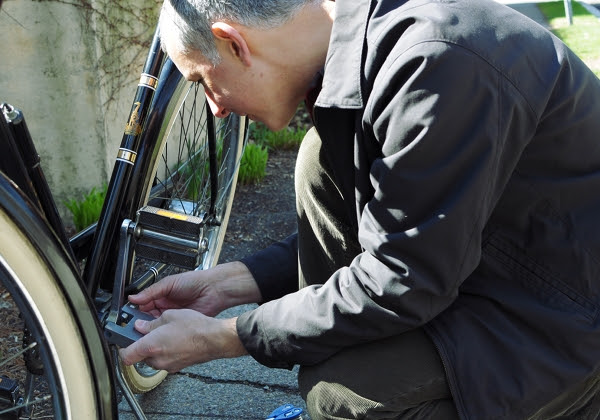 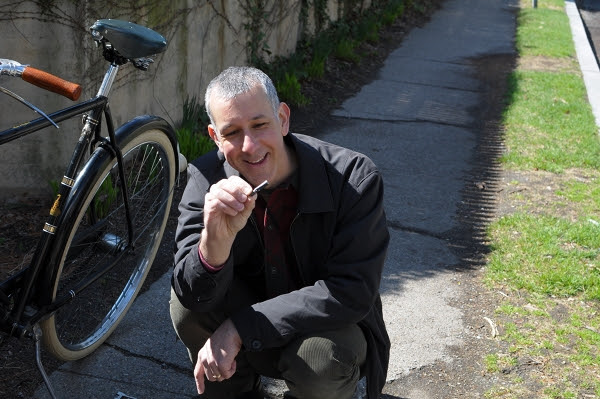 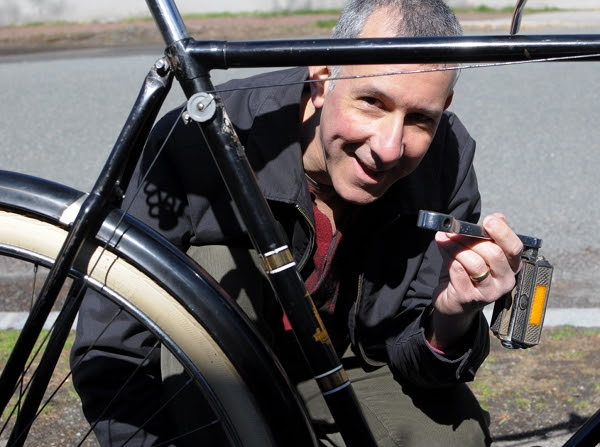 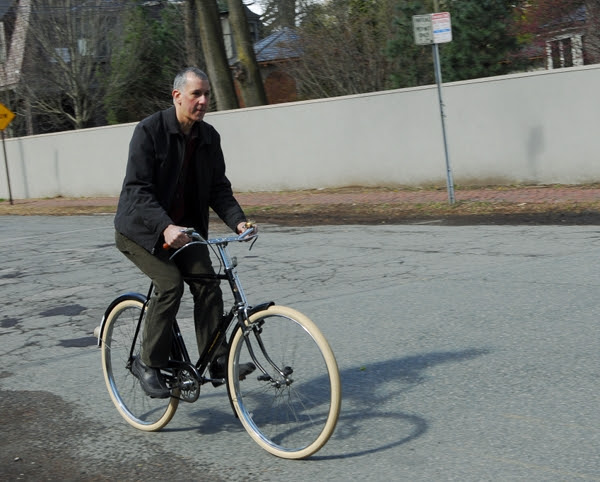 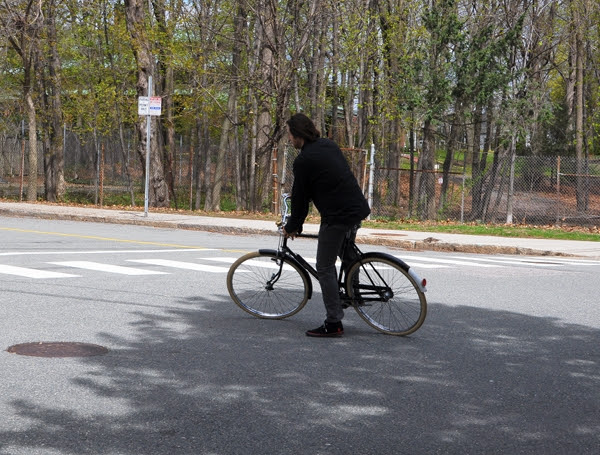 There will be a group meet-up of the Boston Retro Wheelmen this coming Saturday, so come join us if you want to experience the fun for yourself.
Labels: bike friends Boston Co-Habitant diamond frame DL-1 drop bars Motobecane Raleigh somervillain