I am back in Vienna, this time for a month. The temperature here is about the same as in Boston, and it is snowing intermittently. I am feverishly preparing a talk for a big conference tomorrow, but in the meantime I give you a tour of the bike lanes near my new place: 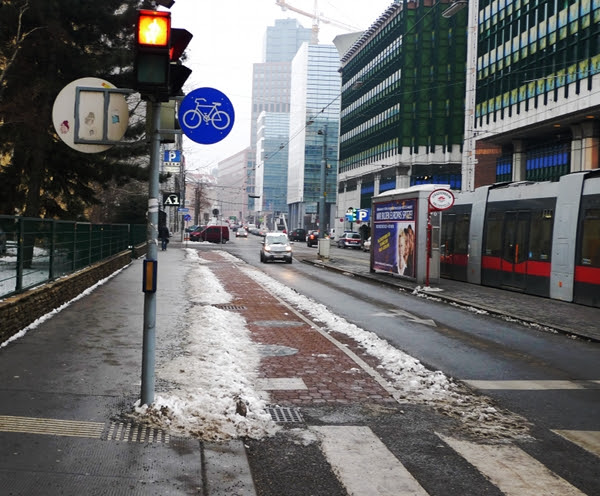 This is a pretty typical bike lane in Vienna. The snow is mostly cleared, but this morning there were some patches of ice. Cycling on the road is prohibited in areas where bike lanes are provided. 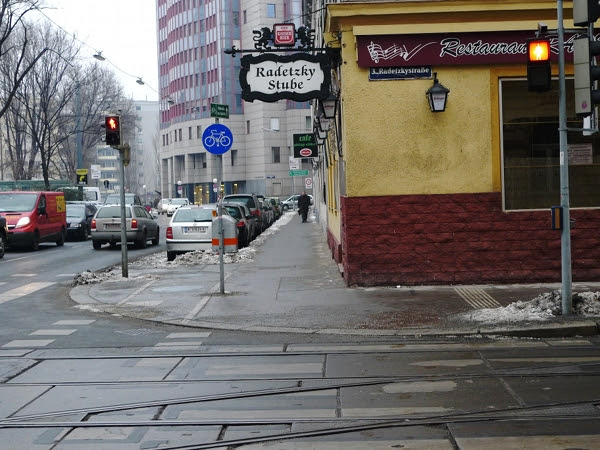 Intersection: bicycles wait for green and ride parallel to the pedestrian crossing. 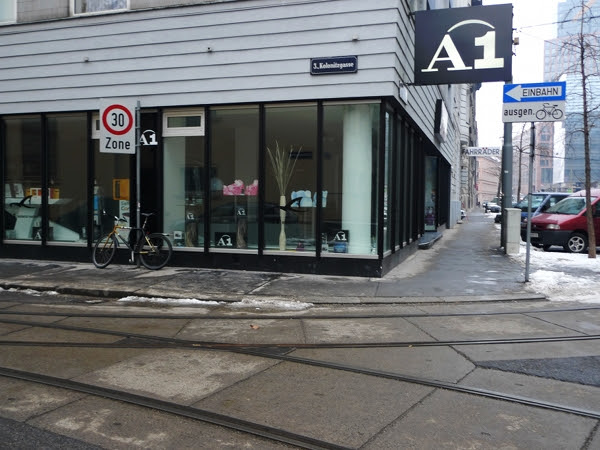 Continuation of bike route on the road. 30 km/h speed limit (though to my eye cars go faster). Notice the tram tracks. 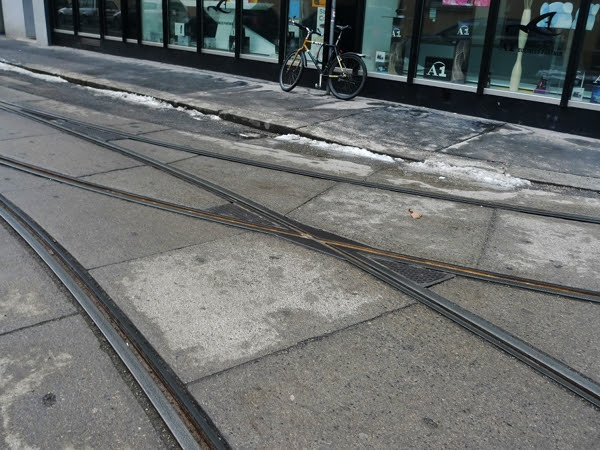 Close-up of tram tracks - yikes! They criss-cross and there is basically no way to avoid them. The thought of cycling parallel to these for several blocks on an icy day fills me with dread (see this post about railroad tracks) and I did not see any cyclists on this street today, despite it being a designated bike route.

What do you think? This is a different neighborhood from where I used to live when I had my own apartment here last year, so I am still exploring it. Overall it looks like I can cycle here, and I do have access to a bike this time around. More on that later!
Labels: urban cycling Vienna winter cycling