My mixte frame has finally returned from Providence, so to speak, and we went to Royal H. Cycles last night to look at it. Now that I've seen it in person, I almost wish I didn't post those pictures earlier: it looks much better than the images. Not that the pictures aren't beautiful - it's just that the bicycle, including the colour, is even nicer in person, and for some reason it is very difficult to photograph. 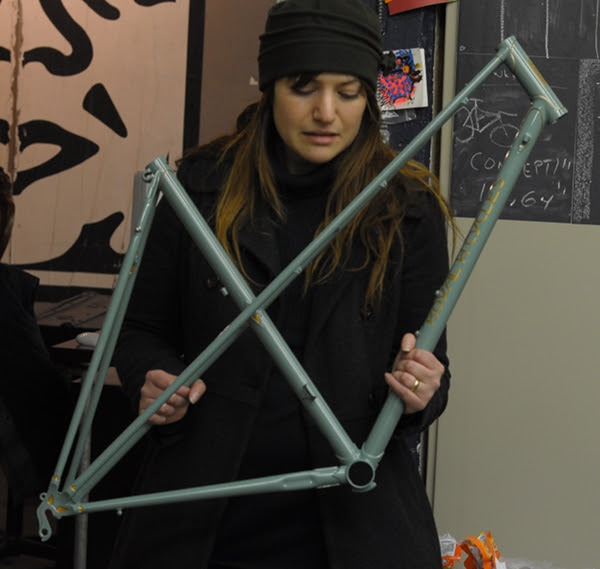 This image is not representative either, but in person the frame colour is a mesmerising blend of gray, green and slate blue. It is more green than blue, and it is more gray than either. Not a flat boring gray, but a "stormy seas" sort of gray, with infinite depth of colour to it. 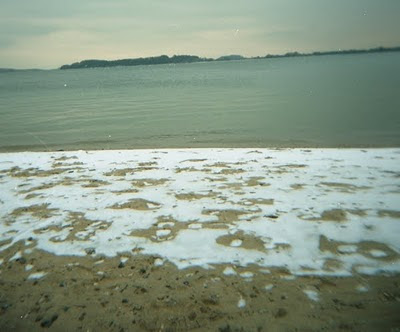 Looking at this snapshot of the beach in South Boston, I realise that the frame colour and the lug outlining are similar to the colours of the sea and sand in New England - which is probably what attracted me to the early René Herse aesthetic to begin with.

I will stop now before I begin composing sonnets for this frame, but as you can see, this is true love! And the bonus? The Co-Habitant, who would previously mutter that he does not need a custom frame, took one look at the finished mixte and said that he might like a matching men's touring bike. There is hope that our "his and hers" velo universe will be restored!
Labels: framebuilding mixte Royal H Royal H. Mixte