We stopped by DBC City Bikes (formerly the Dutch Bicycle Company) in Somerville, Mass. to see if they had some bike parts we were after. In the showroom, among many other things we saw this: 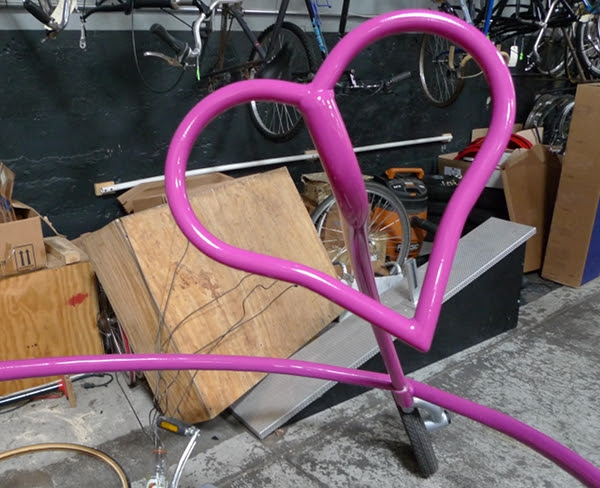 Yes, you guessed it: "Love Bike"! Clearly I had to photograph and share such a masterpiece on this magical day created for us by the greeting card industry. 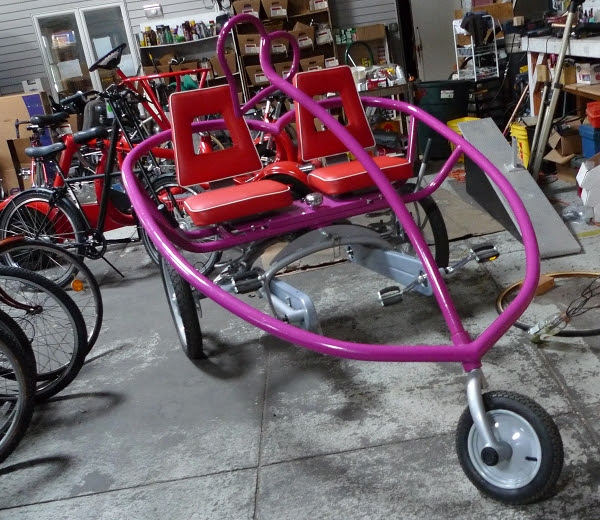 This is the entire bike in its glory. 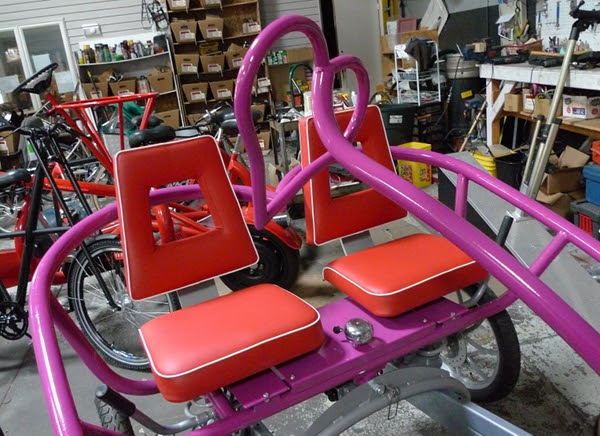 I imagine the handles next to the seats (love seats?) are for steering. The lovers are meant to share a bell. Magnificent! The Love Bike is for sale, but Dan (owner of DBC City Bikes) cautions that one should view it "as a sculpture," because as a bicycle it is not very efficient. Efficiet schmefficient! Just imagining this beauty rolling along Mass. Ave., taking the lane and being honked at by bewildered drivers, brings a smile to my face.

We saw more fun things at DBC City Bikes, but they can't possibly follow in the footsteps of the Love Bike, so I will report on them later.
Labels: Boston tandem