The Pashley Princess as Winter Bike

In several posts now I have expressed my frustrations with winter cycling and my disappointment over not riding as much as I did during warmer months. But today I realised that winter is more than halfway through already, and I have been cycling all along. Not as much as in the Summer and Fall, but cycling none the less. So it's not so bad, really. Not because I am becoming more brave or skillful, but simply because it doesn't snow all the time and the temperature isn't always below 30°F. On some days it is even enjoyable again. 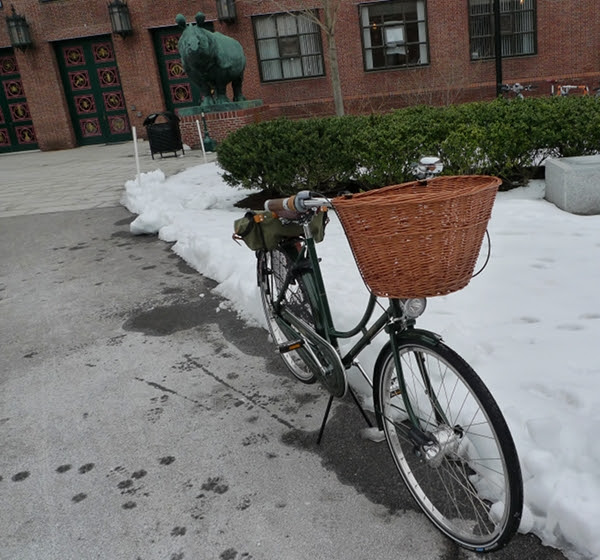 Since mid December I have been riding my Pashley Princess exclusively. Initially I considered getting a "beater bike" for the winter, but came to the conclusion that I should just stick with the Pashley. It was definitely the right decision. 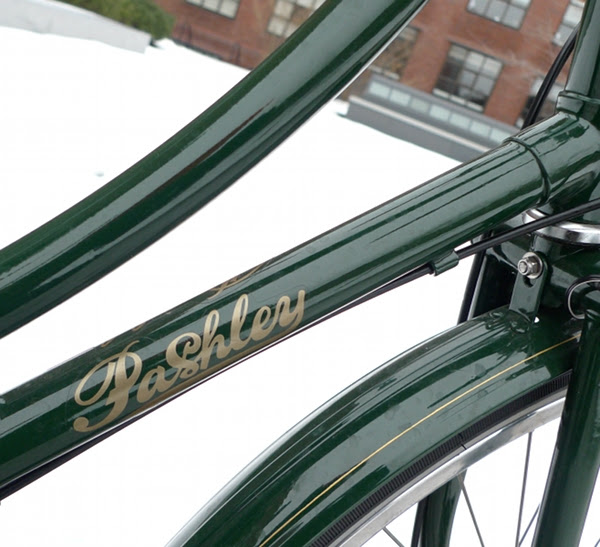 I don't need a winter bike, because the Pashley Princess Sovereign is a winter bike. For one thing, everything on it was designed to withstand the elements: The fenders, internal gear hub, fully enclosed chaincase, enclosed hub brakes, dynamo-powered lighting, extremely durable powdercoat and rustproof components make her essentially a zero-maintenance bike in winter weather conditions. I know that some feel the Princess is "too pretty" to ride in the winter, but the prettiness in no way detracts from her toughness and utility. It simply does not make sense to get a sub-par winter bike because you think your bicycle is too attractive to be used the way it was designed to be used. 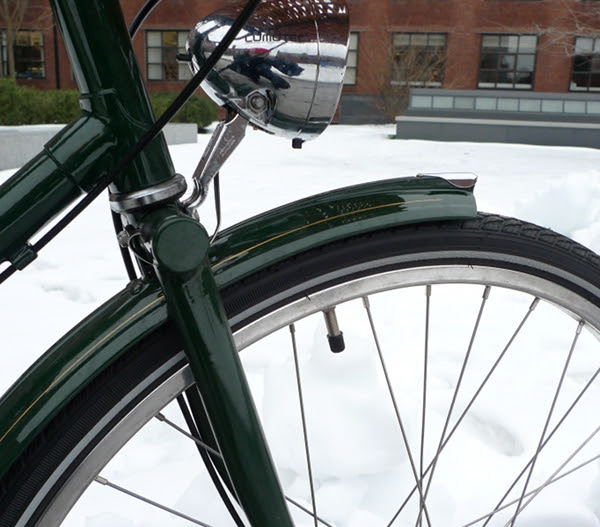 The other major benefit or riding a Pashley Princess in winter, is its incredible stability and indifference to weather conditions. I had noted this several times when riding in the rain, and it is also true in slushy winter weather. I am trying to put my finger on what feels so good about this bike in bad weather. It is probably the combination of the heavy frame, stable handling, wide tires and enclosed brakes that makes it feel just so wonderfully stable where other bikes don't. I can ride this bike through a flooded road and corner at close to normal speed, and it will behave the same as on a dry road. It's pretty amazing and certainly helps in winter, when there is either slush or lake-like puddles from melted snow everywhere. 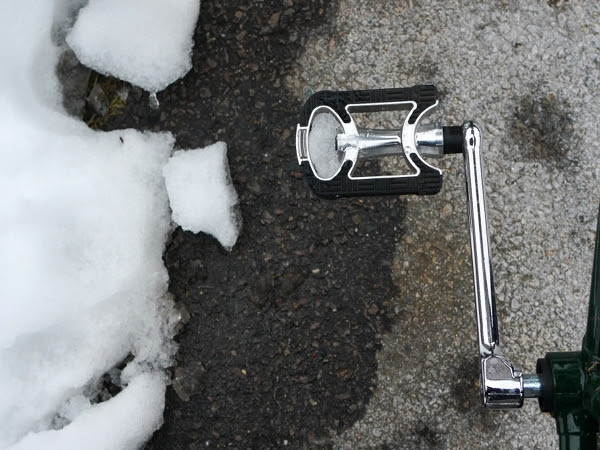 Pashley's platform pedals interact well with all of my winter boots and I have not had to worry about slipping. 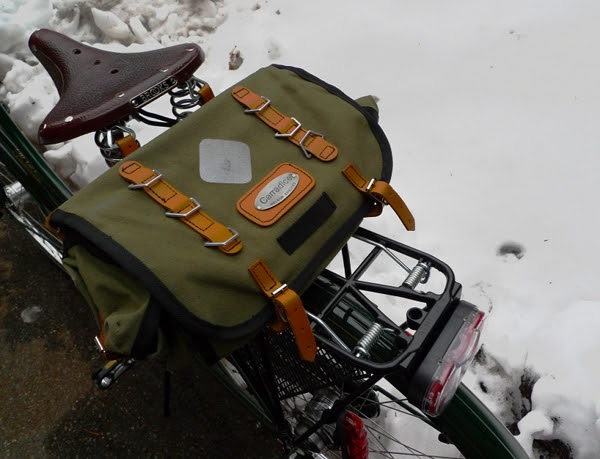 And my trusty Carradice Barley saddlebag has proven itself to be completely rain and snow proof even in the nastiest weather. All in all, I cannot think of a nicer winter setup: I simply ride the Pashley and don't worry about a thing other than watching out for sudden chunks of hard snow on the road. 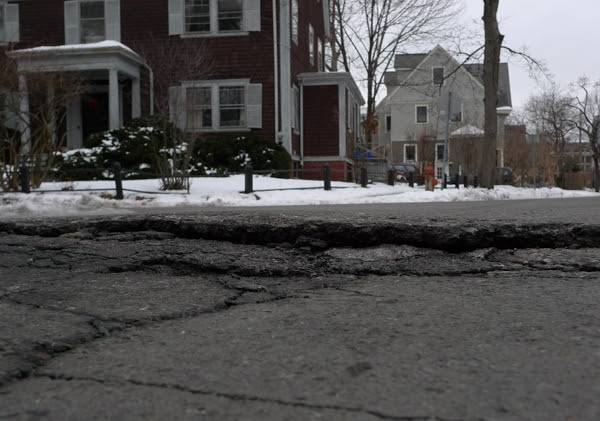 Speaking of obstacles on the road, here is a stunner I experienced cycling home at dusk yesterday. On one of the side streets near my house the asphalt cracked so much that it formed a "step" in the middle of the road, with 8+ inches of elevation change. If you are coming from the direction this picture was taken, you can see the rise as you approach. But coming from the opposite direction (as I was last night) you really cannot see the drop that awaits you; it just looks like a regular crack. So I basically launched my Pashley into the air by riding straight over this crater at full speed. I am glad to report that the bike handled it fine. It landed hard, but was very stable, and just kept going as if nothing happened. I did stop to check the tires and rims afterward (as well as take some pictures, in disbelief that such a thing could have formed right in the middle of the road overnight), and everything is perfectly fine. I wonder how other bikes would have fared under the same conditions. 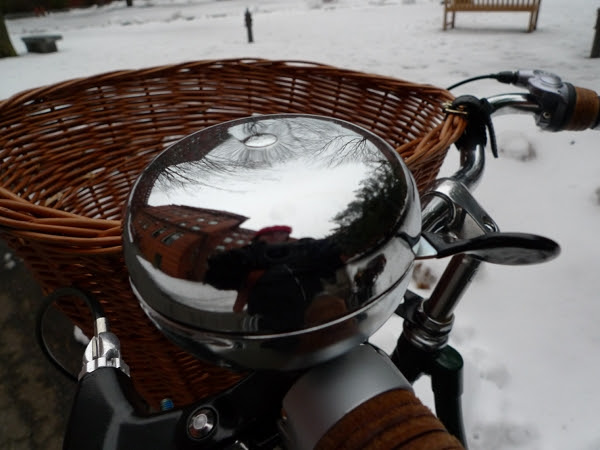 Having ridden the Pashley Princess in both warm months and cold, I can say that she is really at her best in poor weather conditions. I can think of few other bikes that are so well suited for the title of "winter bike". And if she is beautiful to boot? Well, I won't hold that against her!
Labels: bags Eustacia Vye loop frame Pashley urban cycling winter cycling