The Master Builder: Mike Flanigan in His New Workshop

Last week we visited the new A.N.T. Bikes workshop in Holliston, Mass., and the Co-Habitant took a series of black and white photos of the excellent Mike Flanigan. My job was to take the digital test shots, which were mostly to meter light and try out compositions before the "real thing". So here are a few of these test shots, which A.N.T. fans might find enjoyable. 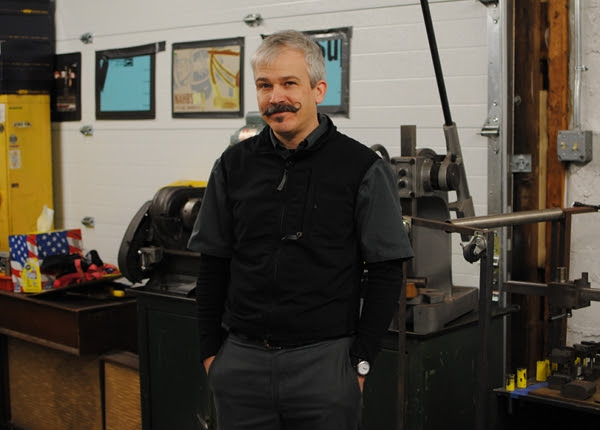 For those who are not familiar with Mike Flanigan, I do not think it is an exaggeration to say that he is a legendary figure in the bicycle industry. Not only does A.N.T. put out a truly unique product, but Mike's background is impressive in itself. He started out in 1989 at Fat City Cycles - one of the early pioneers in mountain bike design, based in Somerville MA. After Fat City was sold in 1994, Mike went on to co-found Independent Fabrication, another Somerville bike manufacturer that has attained international fame. And finally, in 2002, Mike branched out on his own with A.N.T. to pursue his unique vision of "not sport, transport". 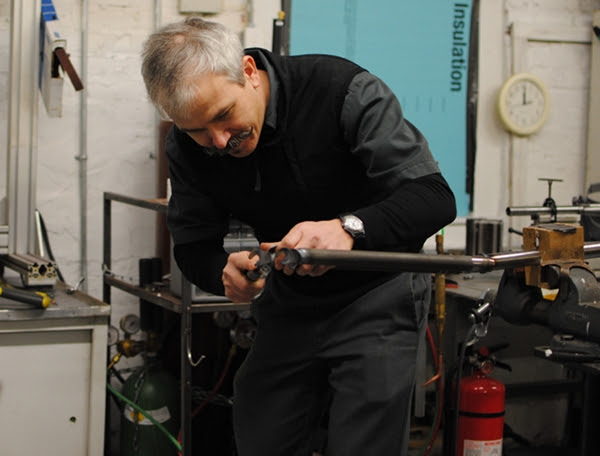 Since discovering A.N.T. a year ago, I keep asking myself what exactly makes these bicycles so interesting and unusual? Others make TIG-welded frames. Others offer custom colours. And now that the concept of "city bike" has taken off, others build up bicycles designed for fenders, front and rear loads, and upright sitting. So what does A.N.T. offer that's different? 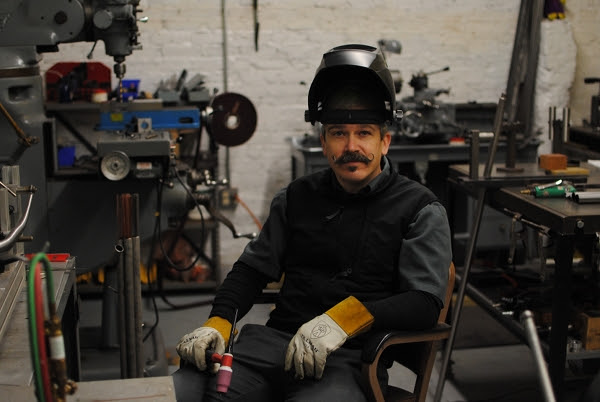 Ah yes - Personality. And I am not talking about Mike's own great personality. The bicycles themselves have a distinctly ANTian character that transcends the sum of their parts. A.N.T. bikes are the Meryl Streeps of bicycles, if you will. Yes, they are beautiful and their performance is impeccable - but there is something more, isn't there? And that elusive "more" is what we really find captivating. 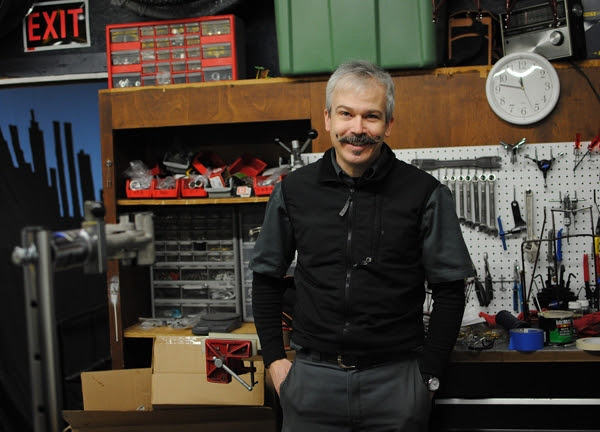 And then there is the fact that Mike himself is a kind, generous and creative person, who sticks to his principles and follows his philosophy. It is endearing to hear the younger framebuilding generation in the Boston area speak of him. Everyone seems to have a story about Mike having helped them out at some point, or taught them something; he is somewhat of a patron saint around these parts. 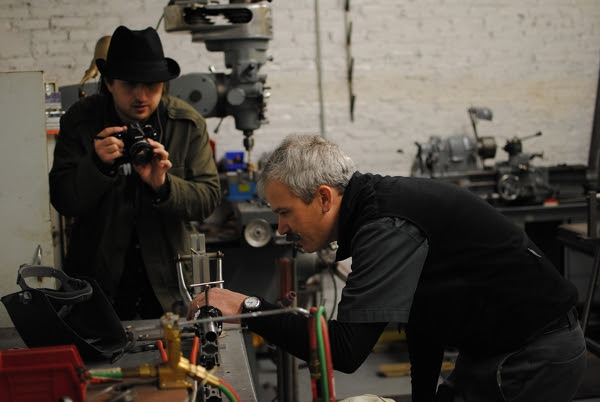 So that is the man we had the privilege to photograph last week, and we thank him for the opportunity.

The Co-Habitant is a photographer, and he is now working on a project that documents different aspects of the Boston bicycle industry - from independent manufacturers, to bike shop owners, to bicycle collectors. It is an interesting thing to help him with and I hope he exhibits the photos when the project is finished. 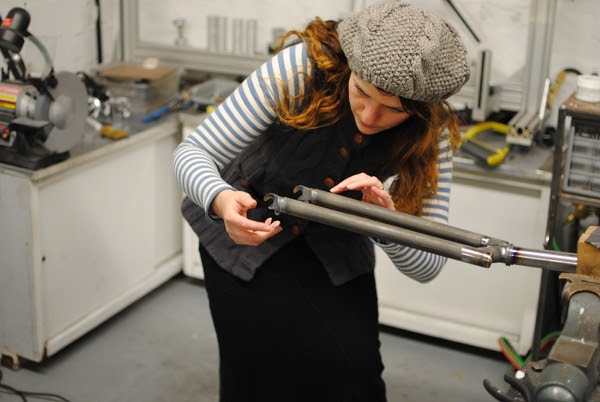 I enjoyed looking at all the tools and machinery in the A.N.T. workshop, and more than anything I loved examining this fork. It is a segmented fork that I believe goes on the Light Roadsters. There is something about the look of these that I find very cool. 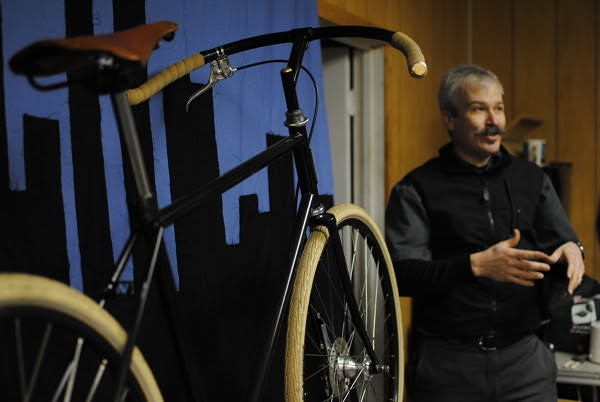 Here Mike explains something to the Co-Habitant, as his Antique Scorcher poses in the foreground. To see some of the other bikes A.N.T. has made recently, have a look at their flickr sets. I wrote a test ride report of a Boston Lady's Roadster here, and I think the latest series of mixtes (especially the gold and the white one) are particularly beautiful. And of course I am very curious to see what Mike will be building for the North American Handbuilt Bicycle Show 2010. I think he knows what my fantasy A.N.T. bike is, but that is another story entirely!
Labels: ANT bike shows Boston framebuilders framebuilding