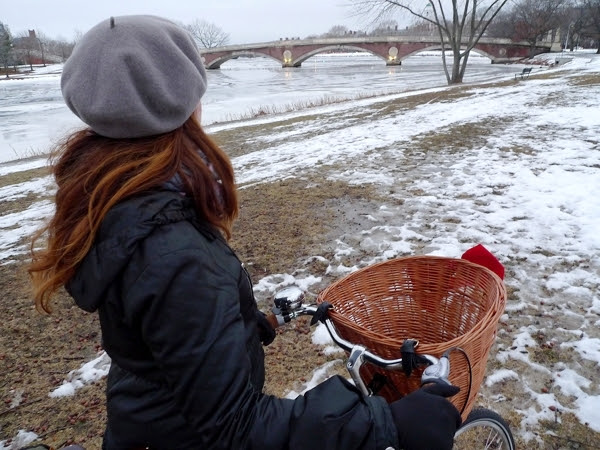 The pre-Christmas blizzard has come and gone, leaving in its wake a patchy landscape of snow, slush, ice, and mud. Yesterday the weather was mostly good and we went for a ride along the Charles River Trail - our first real ride together in weeks. In the afternoon everything looked lilac and utterly beautiful; it was a wonderful ride. 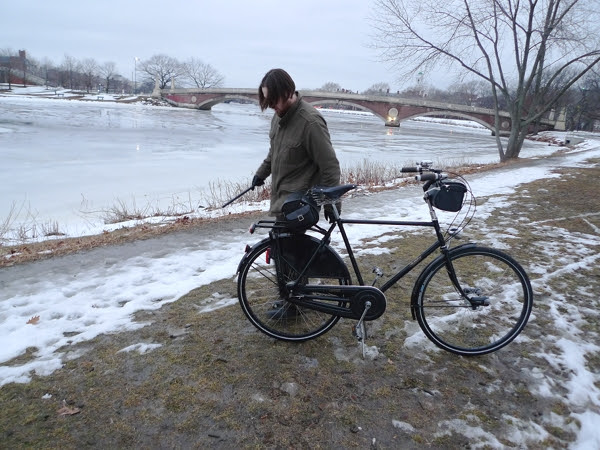 The previous night it had rained and much of the snow had washed away. Though the river bank was snowy and the river was iced over, the trail itself was mostly clear, save for a few stretches. What surprised me was how utterly impossible it was to cycle through those stretches. 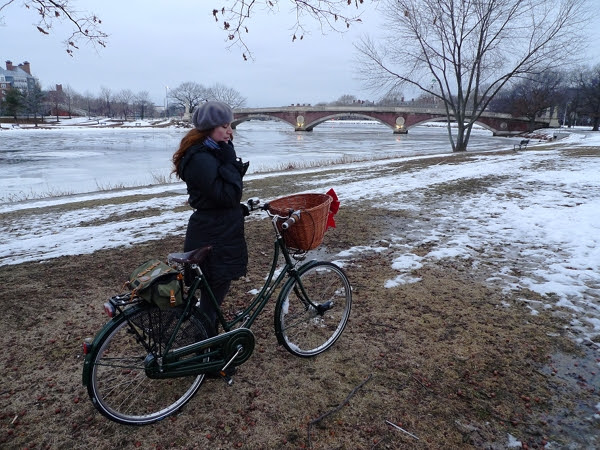 Having ventured out in the blizzard last week, I thought that I "knew" snow - and with that thought, I proceeded to cycle straight through a snowy patch. As a result, I almost took a spill - twice. Apparently, the fresh, evenly distributed powder through which I rode last week was nothing compared to the lumpy mess of slush, ice, and crusty snow of varying density through which I now attempted to pass. Let's just say, the Marathon Plus tires said "No". And I don't think studded tires would have helped in this kind of snow either - though feel free to correct me if you disagree. 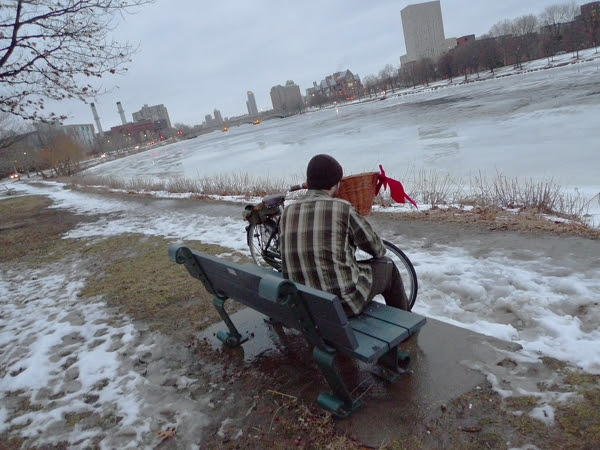 The Co-Habitant checks my tires whilst enjoying the view of Boston across the river. I love this picture, because it captures the feeling of living in this area in a way I can't quite explain verbally. And I have a funny story about my tires, but will hold off on that till the next post. 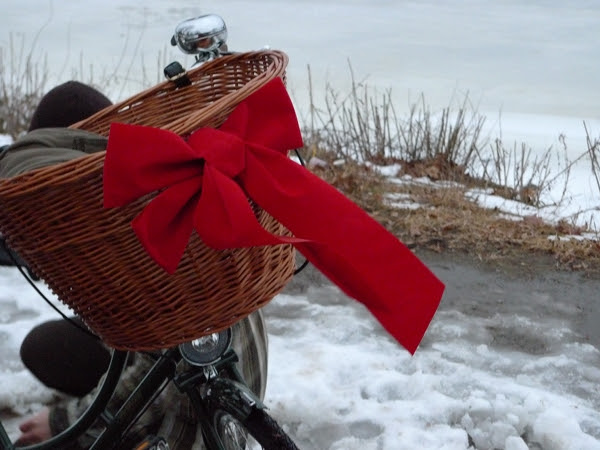 After yesterday's ride, I think the realities of winter have finally hit me: My God, I won't be able to cycle "normally" again for the next 3 months! Sure, on good days I may feel safe enough to cautiously ride from Point A to Point B. But I can pretty much forget those fast long rides I have grown used to over the Summer and Fall. During the warmer months, I probably averaged around 100 miles per week on the bike, over 80% of them recreational. It should come as no surprise then, that the comparatively minimal cycling I am doing now leaves me wanting more. So what do I do, get a trainer? That's not the same as "real" cycling, and I just can't see myself getting into it. Instead, I think I simply need to accept the limitations of winter, and to stay positive by planning for the next season. Since I enjoy long rides so much, perhaps I should try to develop my endurance and challenge myself - set some goals, devise a training schedule, think of some local destinations I would like to cycle to, and so on. 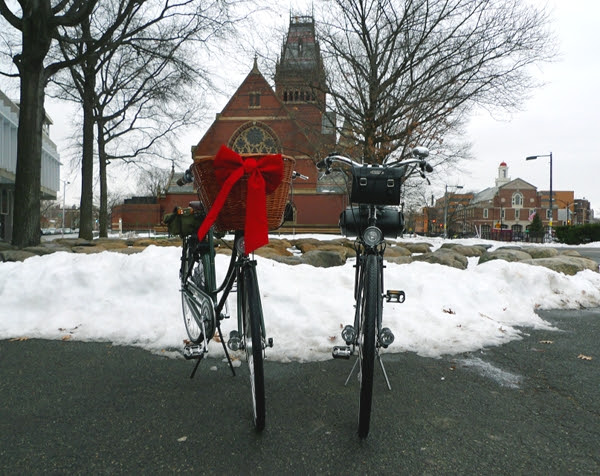 A year ago, I could not have imagined that I would ever develop an interest in the "athletic" aspect of cycling - but there you have it. Those are my thoughts on cycling as we head towards the New Year. What are yours?
Labels: Boston Co-Habitant diamond frame Eustacia Vye loop frame Pashley trails urban cycling winter cycling