Hello Winter! Commuting in a Blizzard 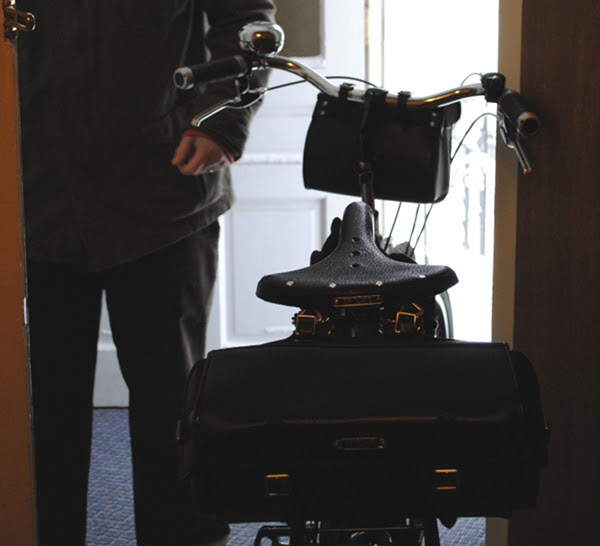 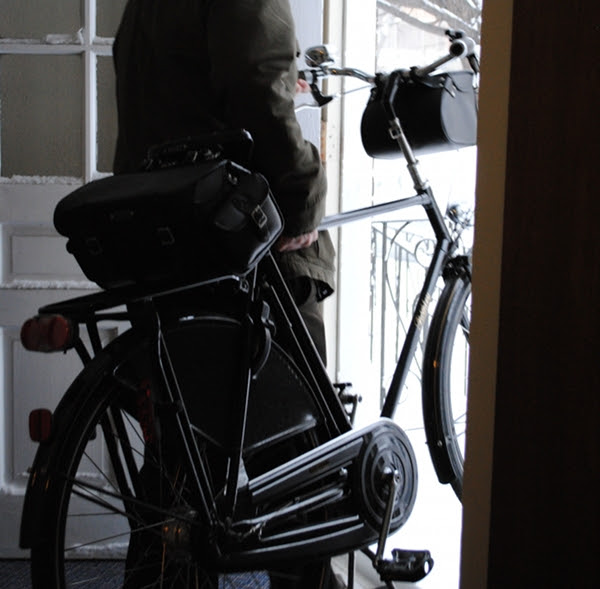 The Co-Habitant has to work today.
He prepares for his commute as usual. 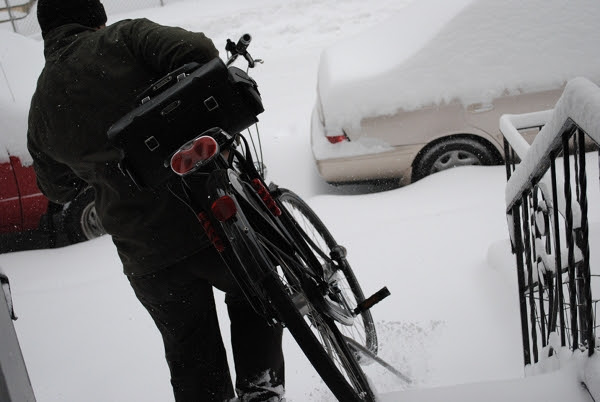 Dragging the 60lb beast down the snow-covered concrete steps. 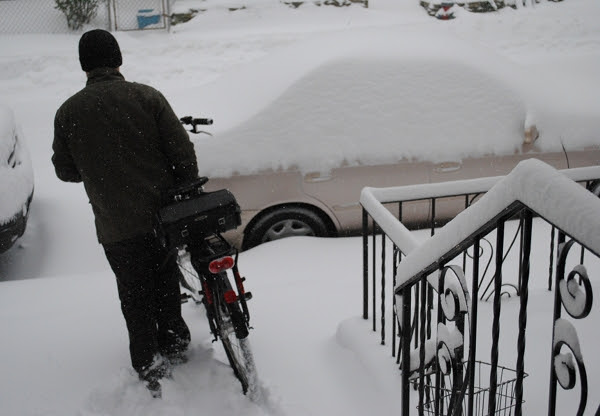 The snow is deep and I grow a little alarmed. "Are you sure you'll be able to cycle in that snow?..." 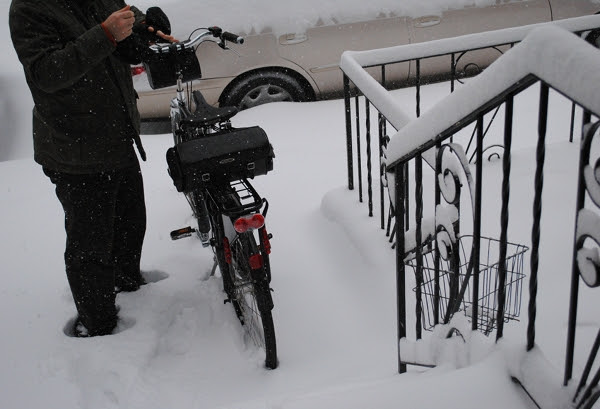 "No problem," he assures me cheerfully, putting on his convertible mitten-gloves. 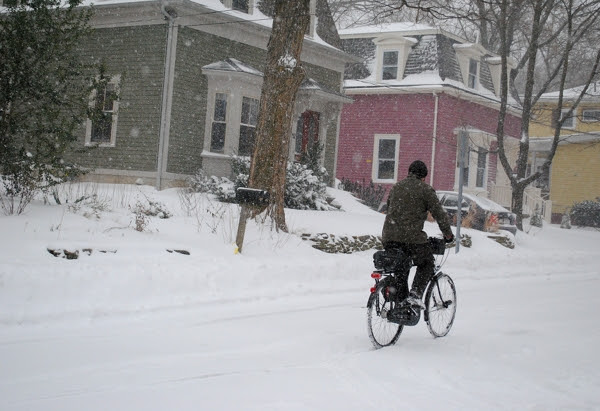 And, with the quiet chuckle of a man who has conquered nature, he is off into the blizzard. I scurry back indoors to drink hot coffee and put on a second pair of wool socks. 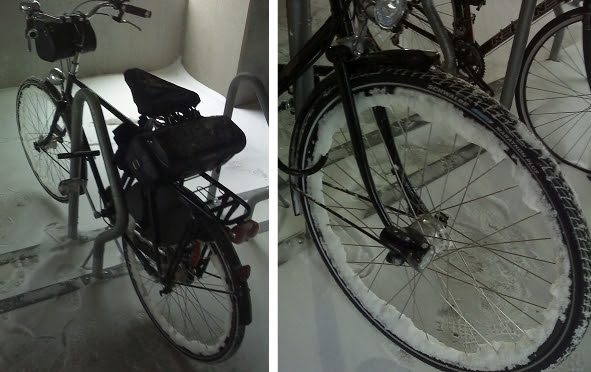 Pictures taken with his mobile phone upon arrival to work. Lucky for the Pashley, his workplace provides secure indoor bike parking.

"It was so dangerous. I only got off the bike once to cross a snow bank in [Harvard] Square. The worst part was snow in the eyes and face. The bike kept sliding but was going and controllable. Pretty amazing. The worst conditions in a while. Took me 20 minutes instead of 10."

Should I be worried? 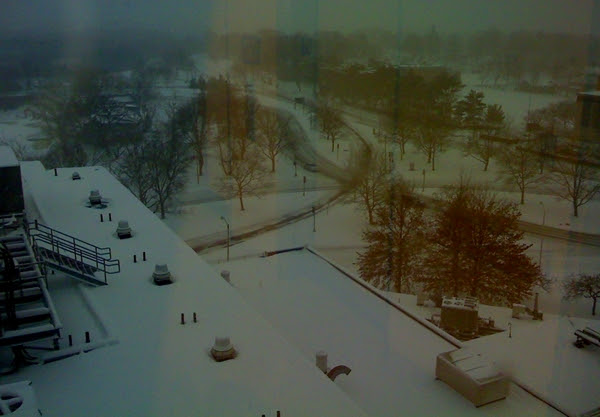 Morning view from a window at his workplace. It continued to snow after that, still is. Hope my fearless commuter rides home safely in the evening!

I too tried to brave the snowy terrain today, though on a much smaller scale. I will save that for another post.
Labels: Co-Habitant diamond frame Pashley winter cycling