A Brief Departure from Loveliness 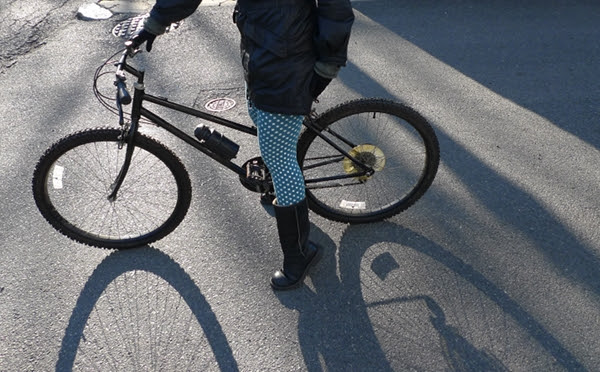 Inspired by the responses to my previous post that suggested a beater bike for winter riding, I revisited my old, decrepit mountain bike. This is the bike I rode as a teenager, and until recently it had been wasting away in my parents' garage. Several months ago they threatened to throw it out and I rescued it - so it is now wasting away in our basement. We dragged it out, photographed and tested it, with the aim to determine whether it would be suitable for the role of "Winter Bike". 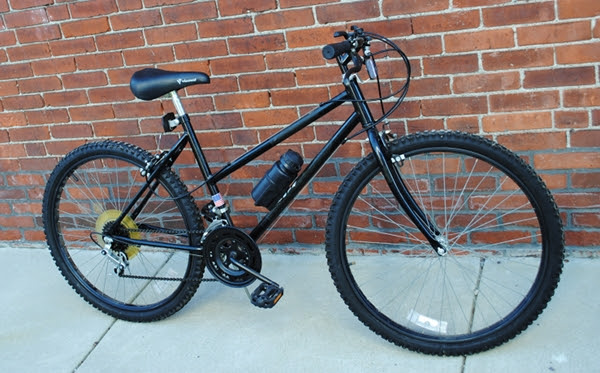 Here is the bike in all its glory. I had removed all decals from it as soon as I got it, with the curious exception of the "made in the USA" American flag sticker on the seat tube. I forget now my exact reasons for doing this, but no doubt they had something to do with being anti-establishment. Whatever the reasons, the result is that the bike has no identifying information on it what so ever. My parents recently found a Murray user manual, so it may be a Murray. Year of purchase was 1994. 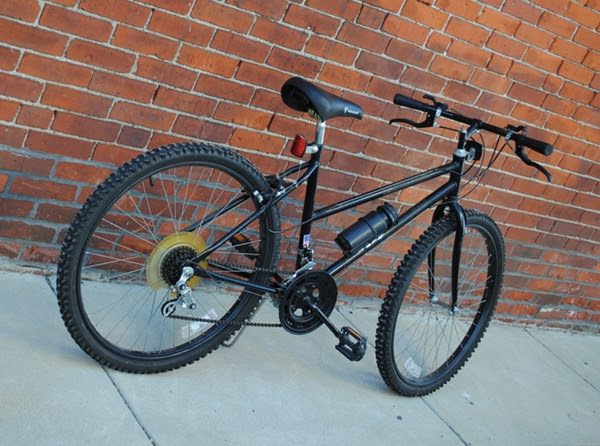 The frame seems to be TIG-welded steel. It is a step-through mountain bike frame. Every single part of the bicycle is black, including stem, handlebars, chainguard and pedals - with the exception of the sickly yellow plastic "pie plate" on the rear wheel, which crumpled at my touch. 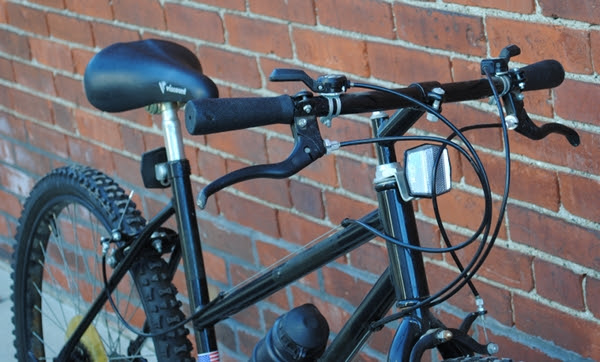 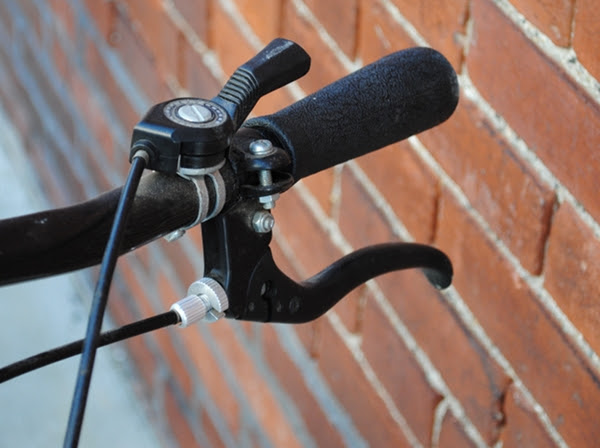 Almost none of the components are labeled with manufacturers' names. The brake levers and gear shifters were installed in such a way as to make shifting impossible (the levers were too close to the brake lever mount and would not budge). 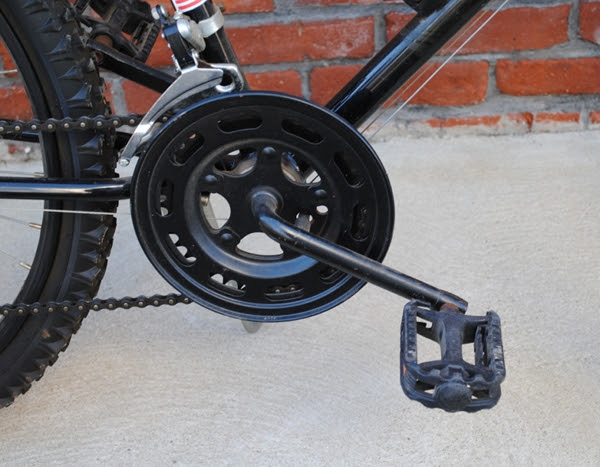 The front delailleur is discretely labeled "Shimano". No model name. 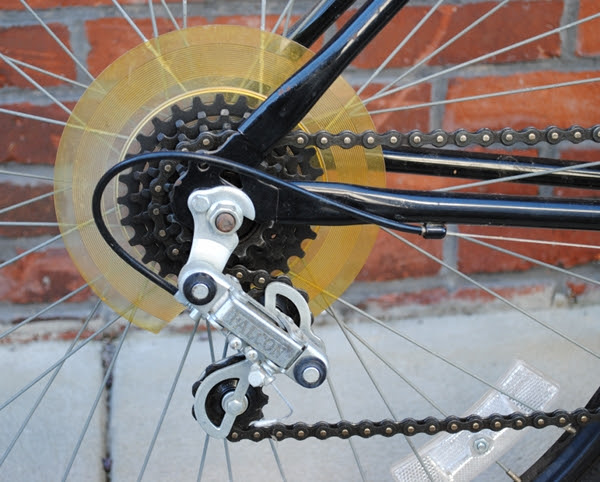 The rear derailleur is labeled "Falcon". I did not once adjust the derailleur during my 3.5 years of riding this bike. Nor had my chain ever fallen off. Granted, my rides consisted of short trips around the neighborhood and I never rode this bike in the winter. 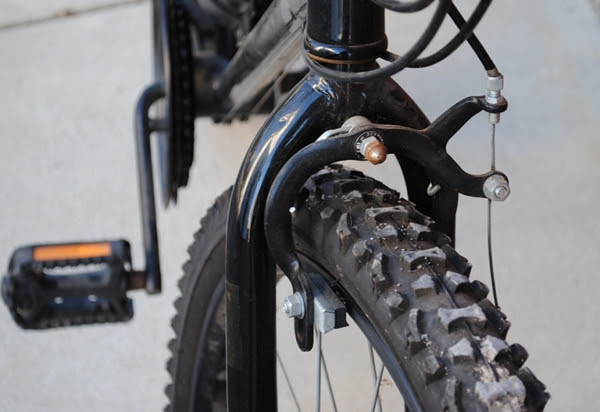 The brakes are unlabeled. Just how crappy are these components? I think the bike cost around $100 at the time of purchase, so my guess is "very crappy". 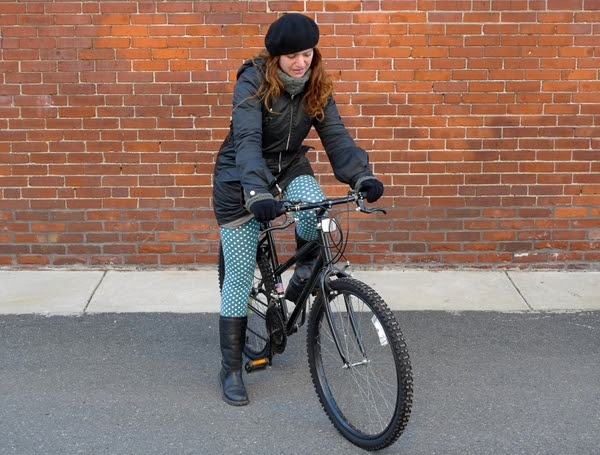 We raised the saddle, inflated the tires, adjusted the brakes and otherwise tightened and adjusted everything that seemed to need tightening or adjusting. Then I tried the bike. 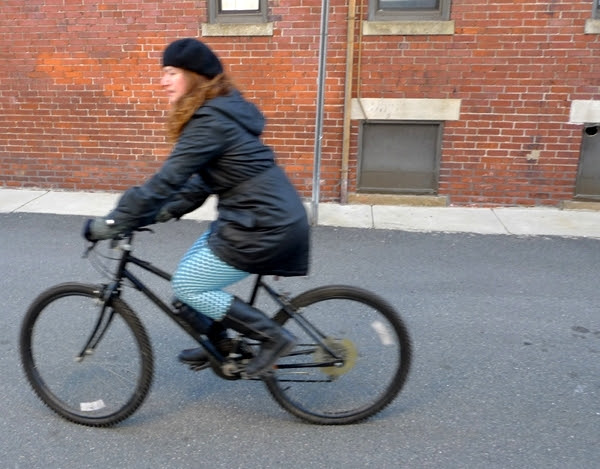 While I can ride the bike, I am not sure whether doing so is a good idea. The brakes and pedals feel tight and stiff, and different parts of the bike creak menacingly as if on the verge of catastrophic failure. It is definitely a beater bike, but for me that alone does not qualify it as a Winter Bike. Do I really want to worry about component failure while I am riding over ice and snow in traffic? Do I really want to be uncomfortable on a bike whose geometry is not optimal for me? I guess I could replace the components to make it both safer and more comfortable, but is that really worth it on a frame such as this one? Thoughts on this are welcome.

In a way I feel sad for letting my high school "friend" get to this state. But then it was such a low end bike to begin with, that it is amazing I rode it for as long as I did without incident. I can't yet bring myself to donate it or throw it away (as I suspect that even Bikes Not Bombs might not accept such a donation), but that is its most likely future...
Labels: test rides winter cycling