The Bicycle as Art Model 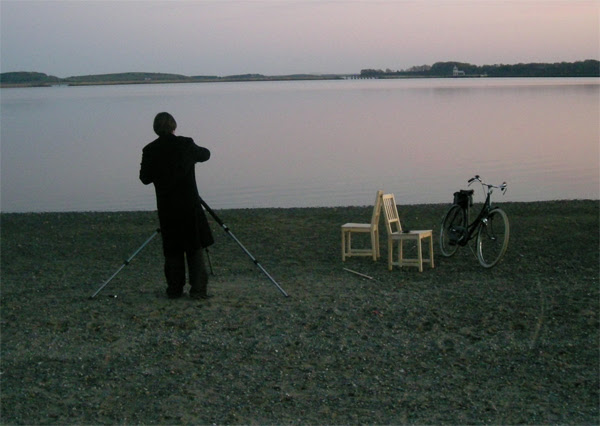 I try to keep my non-bicycle-related life separate from this weblog. However, I have already mentioned that I am an artist and support myself financially with an academic dayjob. Well, this week the bicycle world and my professional life collided. That is to say, I used a bicycle in one of my art projects. Here is the Co-Habitant dismantling the tripod after a photoshoot on the South Boston waterfront. And that's Velouria in the background, next to the two wooden chairs. 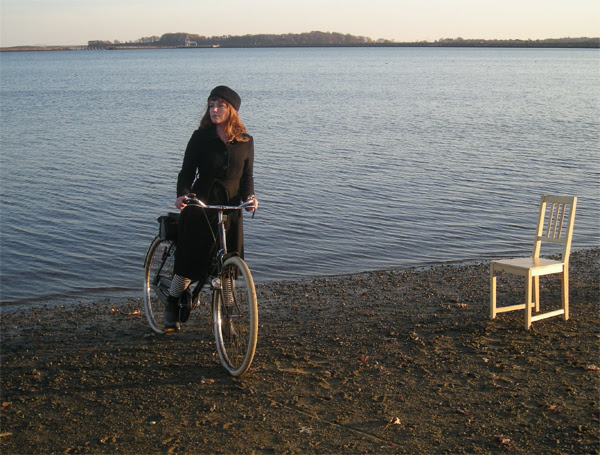 My art is a little difficult to describe. Technically, I am a painter. But before I paint, I create the fictional worlds depicted in those paintings by making series of photographic "tableaux-style" stills. This part is done by both myself and the Co-Habitant as a team: We work together, where he is the technical expert and I am the set designer. We both take the photos, but he is responsible for setting up the technical aspects of the shots and I am responsible for the composition. We use manual film cameras and usually black and white film. But we always have a digital camera along, because it is useful for testing out compositional ideas, getting a sense of the lighting, and so on. So these are some of the pictures off of the digital camera that were taken during the photoshoot. Some were for compositional and light metering purposes, but in others we were just fooling around. 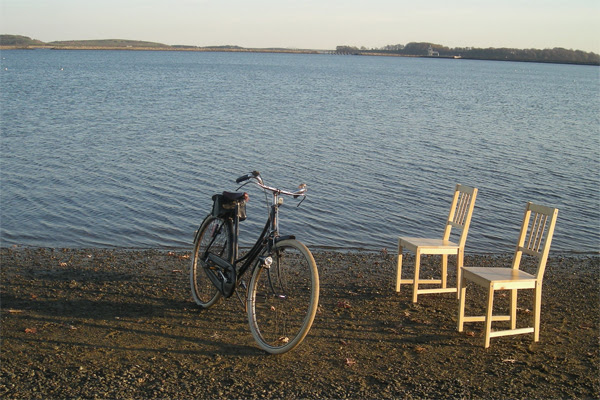 The idea here was to set up an environment that combined notions of indoor and outdoor space.We then enacted a variety of metaphorical scenes using this set-up. 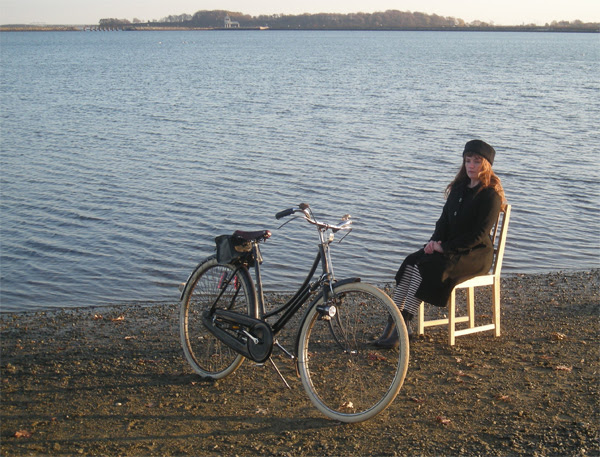 The above picture is an example of "bad composition" that we, thankfully, caught on the digital camera before wasting expensive film on these shots. See how my feet overlap with the bicycle wheel? That's no good; the chair should be further away. For things like that, a quick little digital camera is extremely useful. 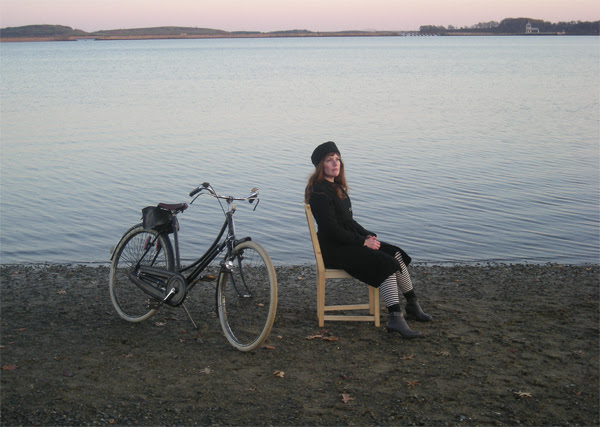 A much better composition, for a different scene. 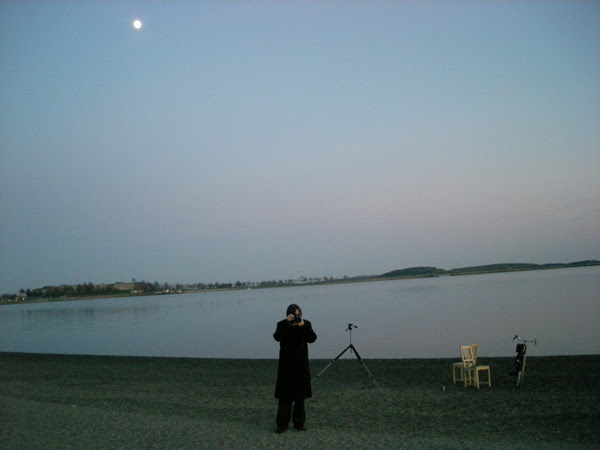 Well, that's enough of the pretentious artsy shots. Here is another one of the Co-Habitant after the photoshoot was done. I was very proud to have captured the full moon here. 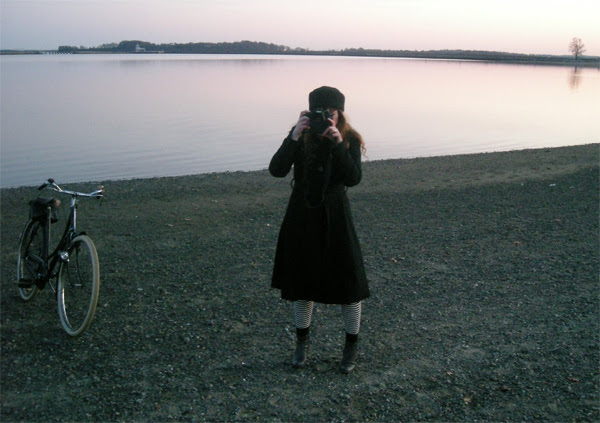 And here I am. I really hope that Velouria does not let this shoot go to her head. It's one thing to be featured on a bicycle blog, but being an art model is altogether different!
Labels: art Boston Co-Habitant DL-1 Raleigh Velouria vintage