Thoughts on the Retrovelo Paul 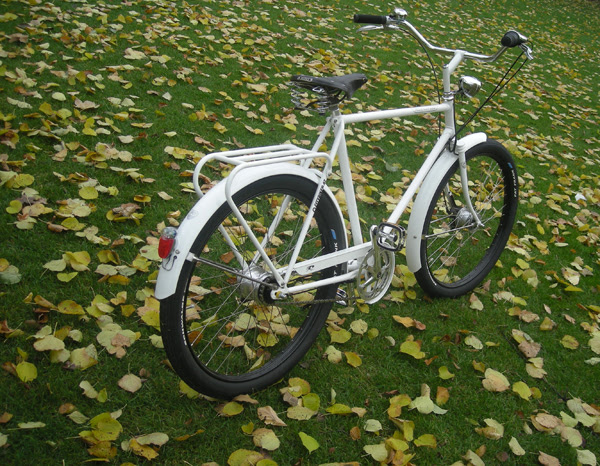 I have been intrigued with the Leipzig-based Retrovelo since having discovered some photos of their bicycles online this past spring. Something about them suggested both quality and fun, with more than a touch of aesthetic fetishism. (I agree completely with Clever Cycles' suggestion that the colours "evoke lumberjacks and German shepherds and underwear") 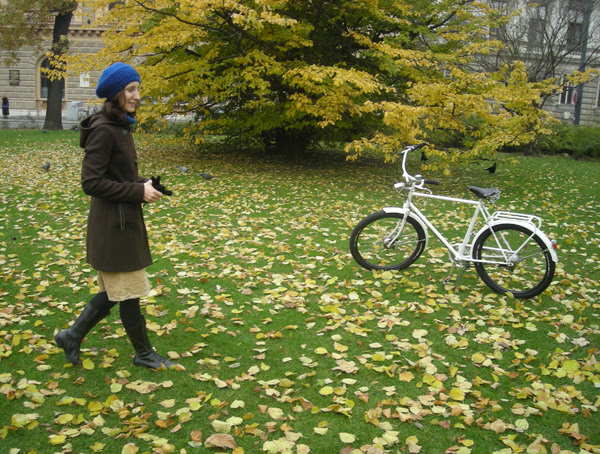 Having recently learned that Retrovelo is sold in Vienna, it occurred to me that my velo-friend Anna - who has been considering a new bike for some time - might like to try one. Well, after test-riding this white Retrovelo Paul, Anna is seriously considering ordering the lady's version (Paula) and you can help her choose the colour here! 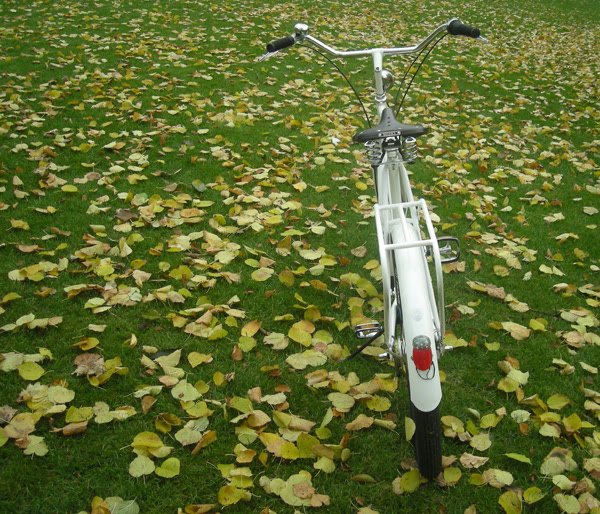 As for me, I did not test-ride one, as the frames in stock were too large for me. But I did sit on it inside the store and pedaled it for a distance of a couple of yards. I also spent a great deal of time ogling, touching, and photographing the bike, and have thus formed a few impressions which I outline here for those interested. 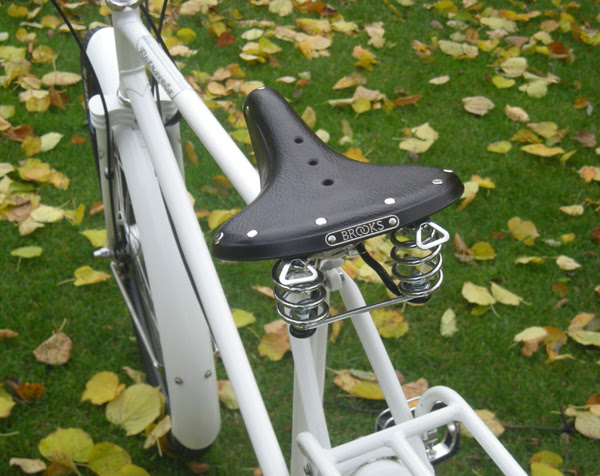 Seeing Paul in person, the impression of quality that I had gotten from the photos was, for the most part, confirmed. The bicycles are beautifully designed and seem to be very well constructed, with great attention to detail. You can read more about the gorgeous colour choices, the Schwalbe Fat Frank tires, and other aspects, on Retrovelo's website. The saddle is a Brooks B67, available in black or brown. 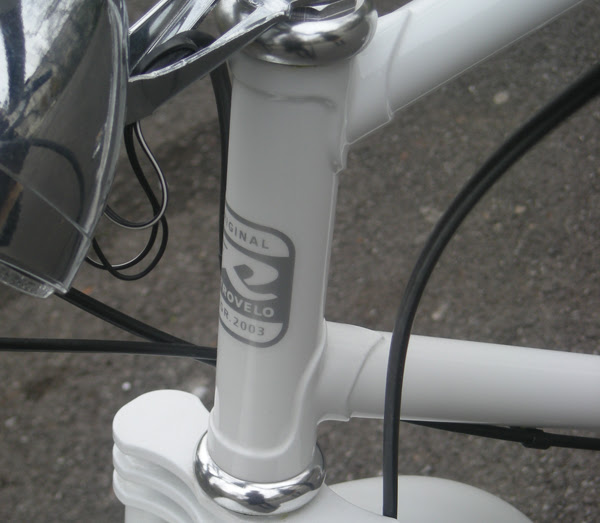 Retrovelo has the nicest lugs I have seen on a modern utility bike. I admit they are nicer than my Pashley's (which are a bit more plain). No headbadge though; just a sticker. 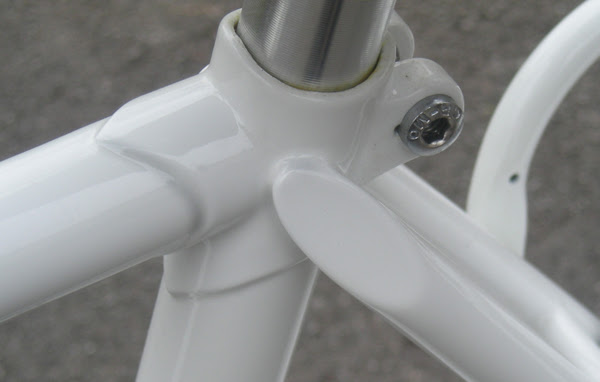 The seat cluster. Those who dislike the bolted rear triangle will especially appreciate this. 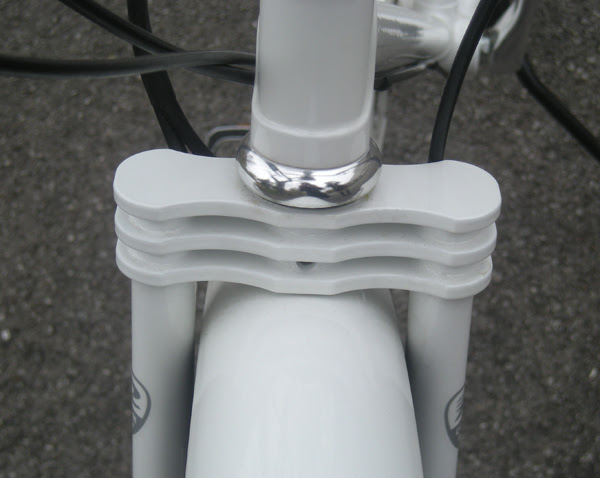 One of my favourite features in the Retrovelo is this triple plated fork. I think it's just beautiful and makes this bicycle stand out from others. 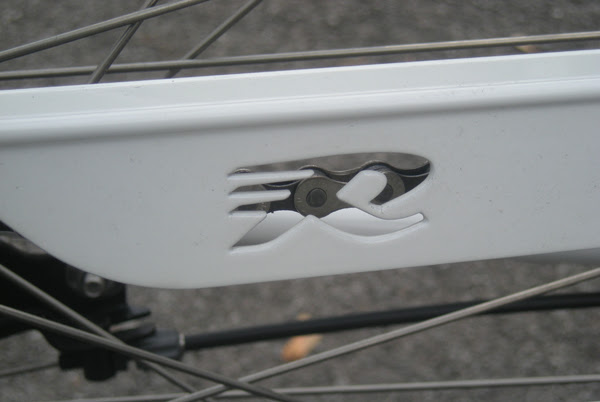 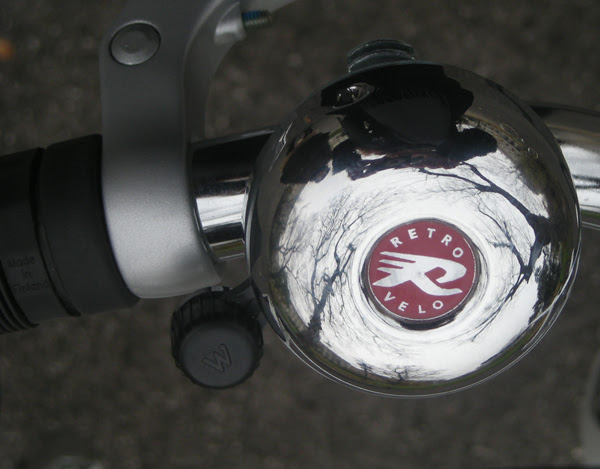 Proprietary bell - another nice touch. (That's me and Anna in the reflection.) 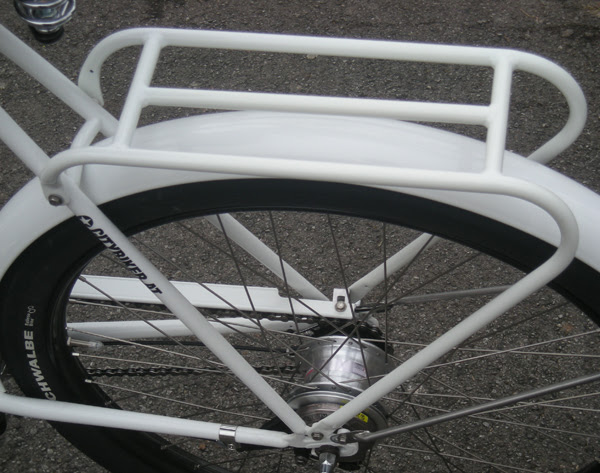 Awesome rear rack. This is my favourite rear rack design for a utility bicycle, seen on many older Dutch bikes and also on Velorbis. If anyone knows where I can buy such a rack just on its own, please let me know. 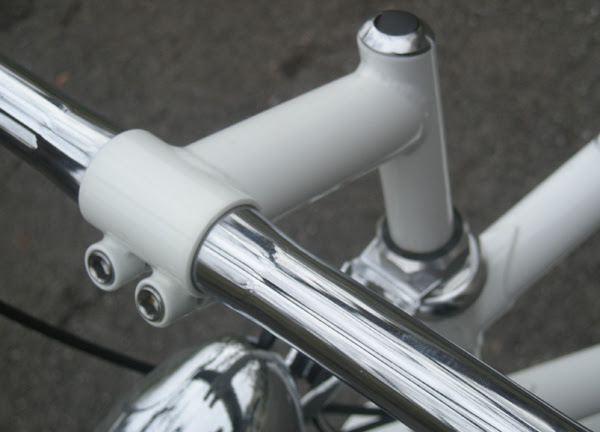 And here is the only part of the bike I am not crazy about: the stem and handlebar set-up. I would prefer a classic quill stem, and do not like that welded vertical tip of the stem joint that sticks out. I am also not wild about the very wide cruiser-style handlebars and would prefer the more elegant North Roads here. I know that the stem and handlebars are intentional design elements on the part of Retrovelo that are meant to evoke early mountain bikes - but what can I say, the look just does not appeal to me. If I were to get the Retrovelo, I would switch out the stem and bars to a classic quill and North Roads. 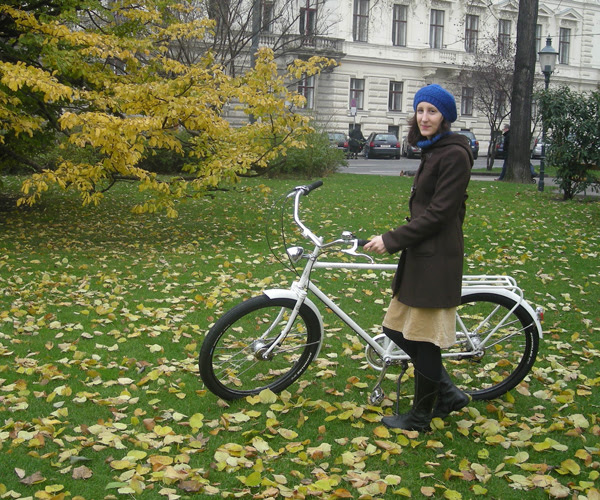 Judging by Anna's comments, the Retrovelo is everything it promises in terms of performance: a true beauty with the utility of a Dutch bicycle, the shock absorption of a first generation mountain bike, and the maneuverability of a sporty roadster. The fast Schwalbe Fat Franks make it a pleasure to ride over cobblestones. The dynamo-powered front and rear lights are super convenient. The hub gearing (3 or 7 speed Shimano hub) and brakes are practical and low-maintenance for all-weather city cycling. On the downside, the chain is not fully enclosed and the bicycle does not come with dressguards (though the latter can be easily retrofitted). Also, to my surprise, the bike was as heavy to lift as my Pashley (I had been under the impression that it would be lighter).

I am truly curious now to see (and hopefully ride!) the lady's version of these bicycles. Selfishly, I am hoping that Anna orders and receives her Paula by the next time I am in Vienna and permits me to ride it. Don't forget to help her choose the colour!
Labels: bike friends lugs test rides Vienna