Our ride around Vienna this weekend yielded such a rich harvest of photos, that I've decided to split it into several posts. Hope you enjoy! 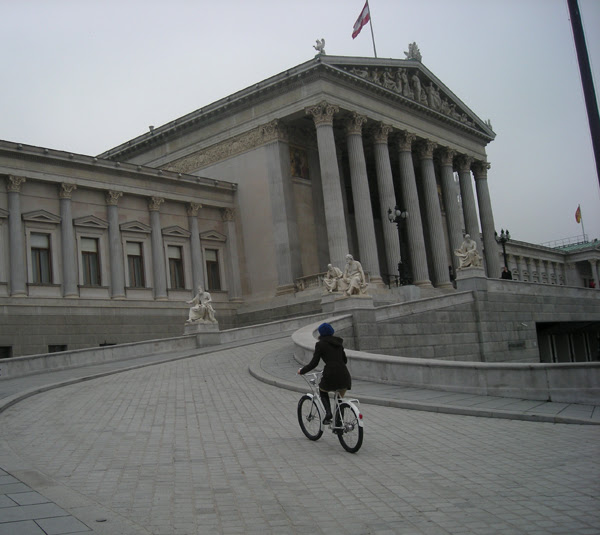 What you see here is the Austrian Parliament building. The entrance is up on a big winding hill, and we decided that what better way to test the Retrovelo's gearing and brakes than to cycle up and down it. 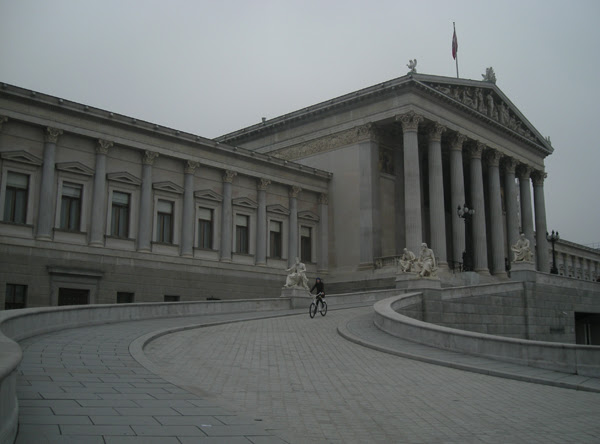 After briefly considering whether this was "allowed", we decided that such a trifling thing hardly mattered, and went for it. Anna went for it, that is - while I photographed her. 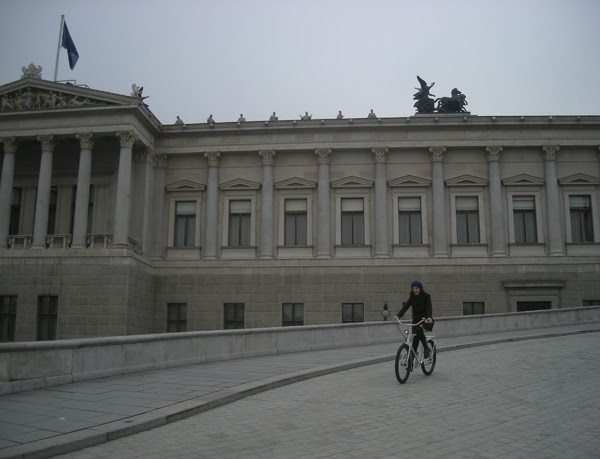 I mean, that hill looks like it was made for cycling, doesn't it? 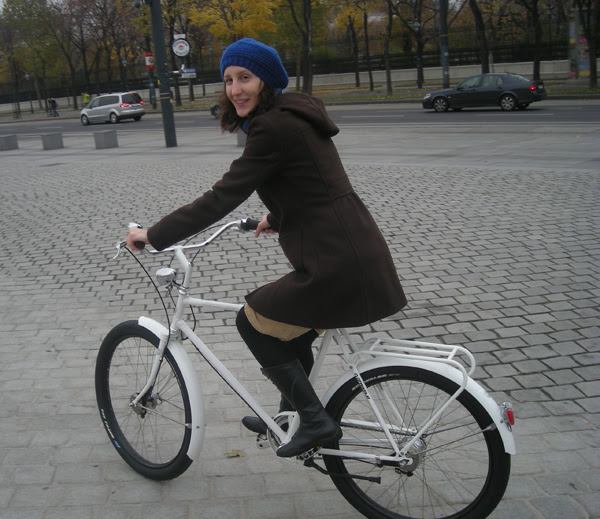 Upon making it back down, Anna reported that the brakes on the Retrovelo worked just fine, which was a much-needed piece of information for the remainder of our trip. Going uphill was a bit of a challenge, but she did that with flying colours as well. 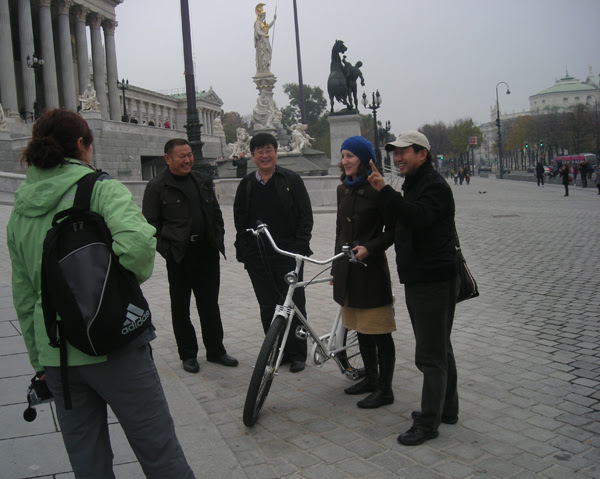 This heroic feat did not go unnoticed: We were immediately surrounded by a group of Chinese tourists, who were interested in the Retrovelo (for the record, I was riding a Specialized Globe, but they were not nearly as taken by it). 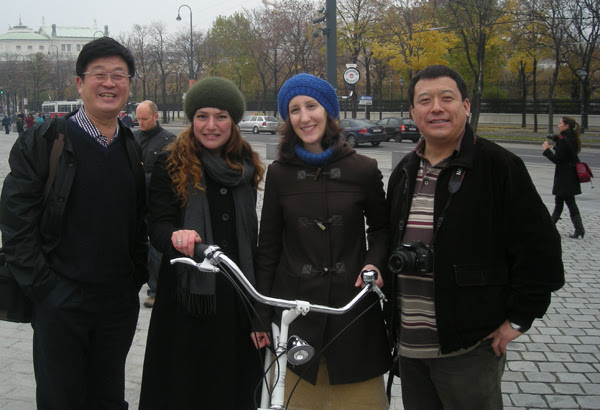 It was not clear what exactly about the bike appealed to the tourists: More than anything, they seemed to be interested in the headlight, but we could not understand each other as they spoke neither German nor English. We posed graciously for many, many photos, and finally parted ways.

Such was the beginning of our adventure. Stay tuned for more. And for the record - cycling with Anna is great fun. Visit her on Cycling Is Good For You!
Labels: bike friends test rides urban cycling Vienna