Some of you were surprised when I mentioned in a recent post that I only began cycling again in Spring 2009 - so I thought it would be fun to share my "born again" moment. The Co-Habitant and I developed a huge batch of film for one of our art projects earlier this week, and it turned out that one roll contained these pictures from 8 months ago - pictures of my first real bicycle ride after not having cycled in 12 years. 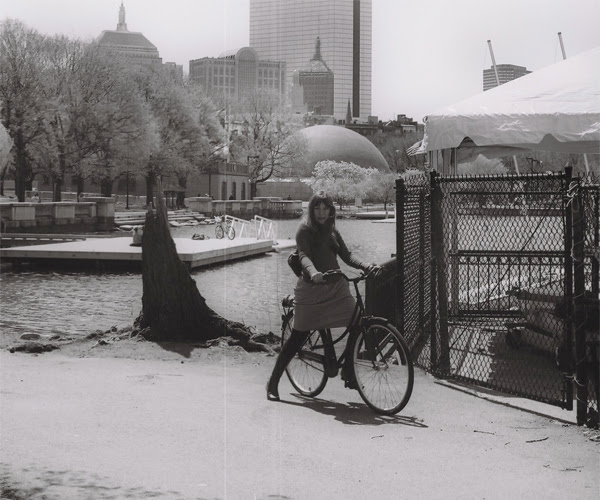 After testing a coupe of bicycles on the premises of local bike shops, we finally took the plunge and rented a his and hers KHS Green, to see how feasible it would be for us to travel by bike round Boston. These shots were taken along the Charles River trail. 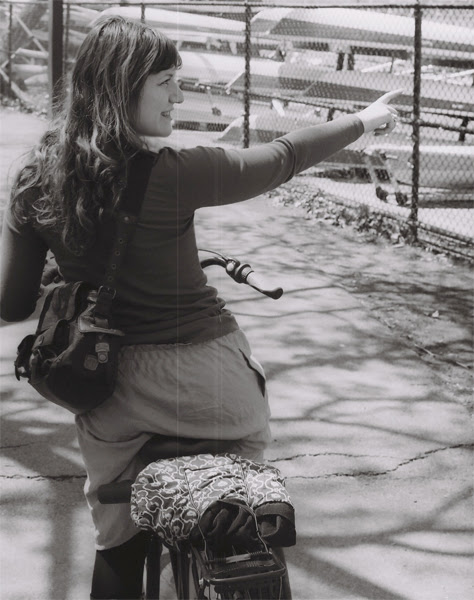 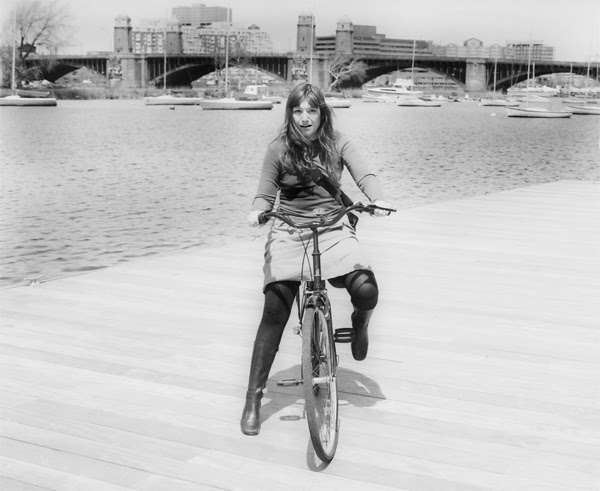 The day after these photos were taken, my search for a new bicycle began in earnest, and that is how this weblog was born: It was initially meant to be a collection of reviews and photos of beautiful, functional bicycles for people with similar skill levels to mine and with the same beginner anxieties. I guess my viewpoint has progressed a bit since then, and I have gotten much more into "cycling culture" than I had anticipated. But still, the whole point of this website is that I am not an expert and do not have a great deal of cycling experience - which hopefully makes me unintimidating and approachable to new readers curious about bicycles. 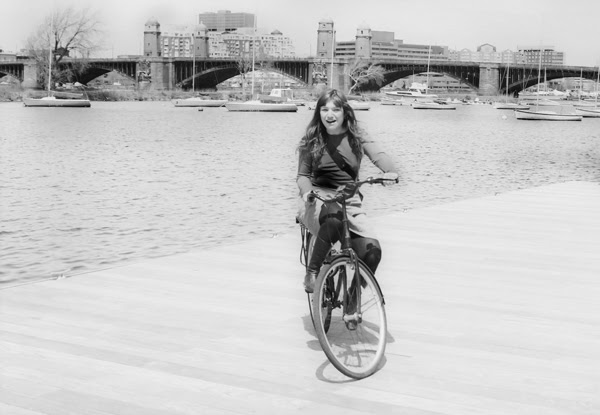 The Co-Habitant and I had been toying with the idea of bikes on and off for years. But what finally made me start cycling had nothing to do with the practical considerations this involved. It was a result of a very personal, visceral sense of pure joy - which apparently has been captured on film quite nicely! Seeing these shots was a nice surprise; we had forgotten that we took them. And it was especially timely before Thanksgiving, as I am most grateful for the role bicycles have played in my life this year.

Enjoy your week-end, and make sure to feed your bicycles some turkey. They don't like to feel left out!
Labels: beginners Boston trails