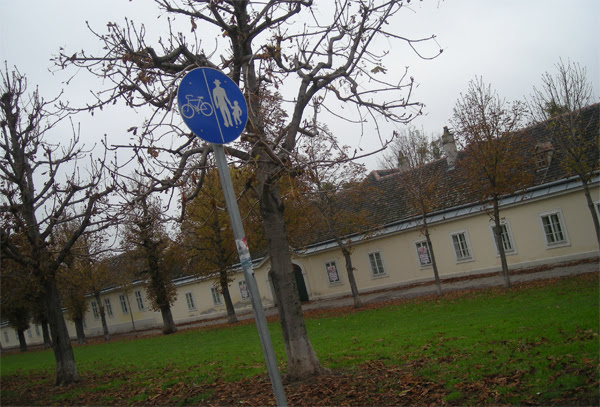 This past Sunday I had some free time and visited my favourite park in Vienna: the sprawling grounds of the Augarten Palace. This is one of the lesser known Viennese parks, but I love it because of its baroque gardens and enchanted atmosphere. Unlike so many other city parks, it allows bicycles. You can cycle both along the outside perimeter and within the park grounds. This is the view from the trail along the outside walls. It goes on and on and is lined with short, spider-like chestnut trees that bring to mind those in the paintings of Egon Schiele - my favourite expressionist painter, who worked in Vienna at the turn of the 20th century. 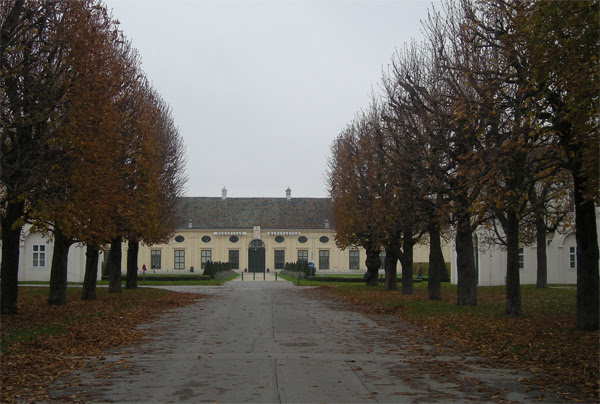 The entrance into the park is lined with tall chestnut trees. As you can see it was not a very pretty day. But in a way that makes the park grounds look all the more dramatic. 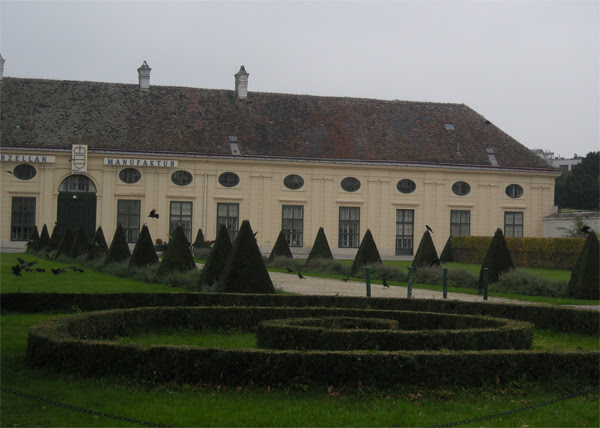 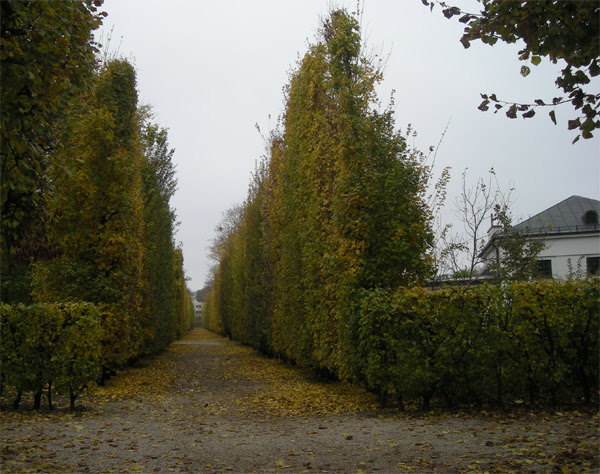 In addition to the formal gardens, there is a network of maze-like alleyways. 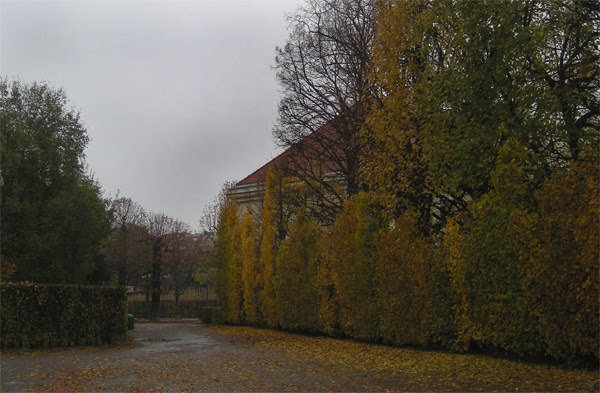 There are still some spots left with beautiful foliage. 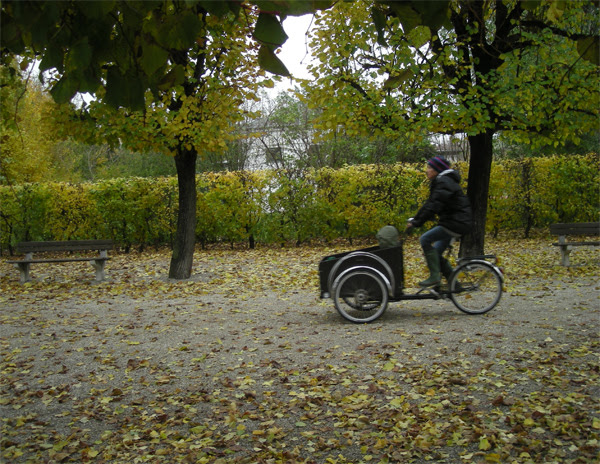 Most of the cyclists I see in the Augarten are parents with young children. Here is a mother carting around two toddlers in a cargo trike. 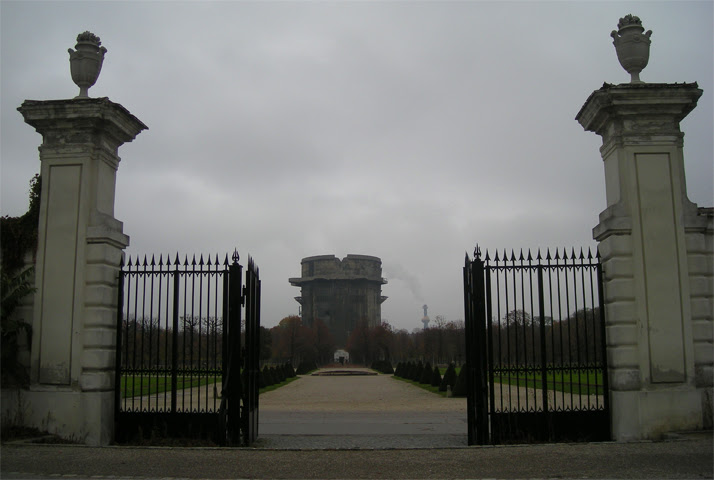 One of the more bizarre sights of the park: In the distance you can see one of the two Flak Towers constructed during WWII by the Luftwaffe to defend Vienna against Allied air raids. The towers have been left intact after the war for historical preservation purposes. Up till now, they have been kept empty, but developers are now considering installing a cinema in one of them. This is just one of the many architectural testaments to Vienna's conflicted history. The presence of the towers is both disturbing and thought provoking - especially in juxtaposition with the Baroque gardens. 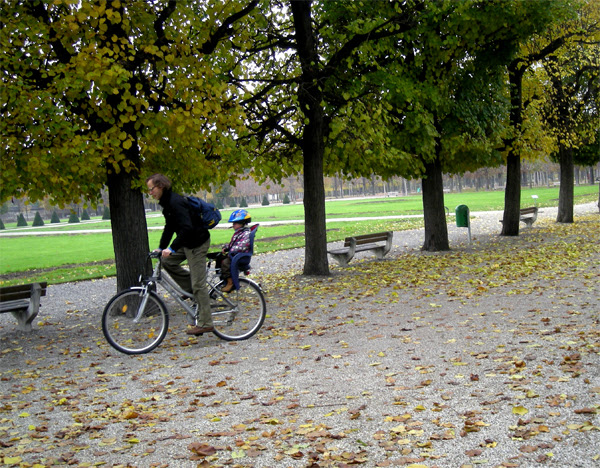 Another parent cyclist, with a toddler in the child's seat. 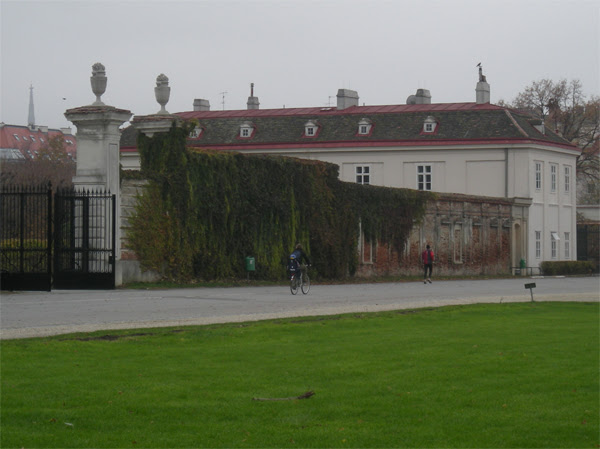 There he goes, cycling along my favourite ivy-covered wall. 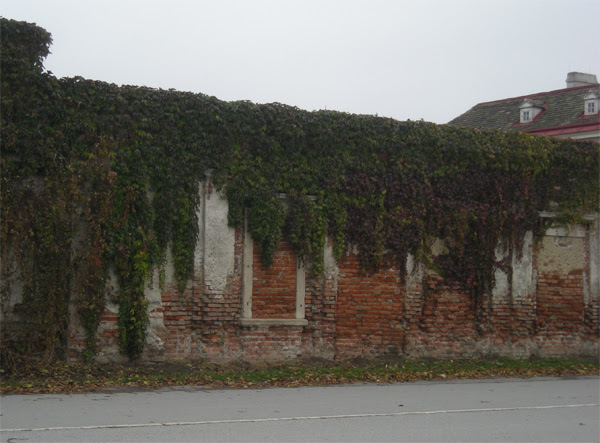 I love the way the ivy drapes over the faded brick. 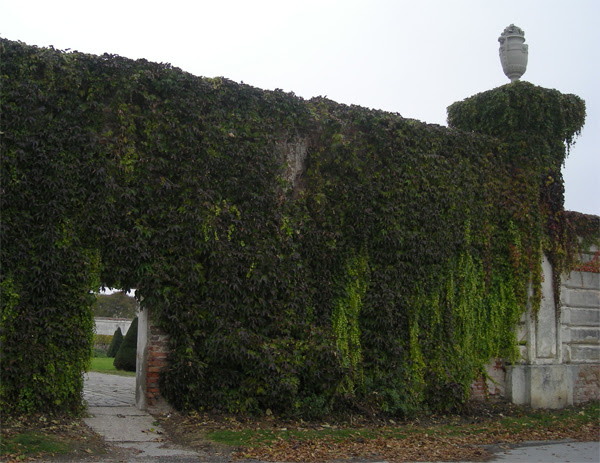 You can't really tell here, but this door is tiny. Walking through it feels very Alice in Wonderland. 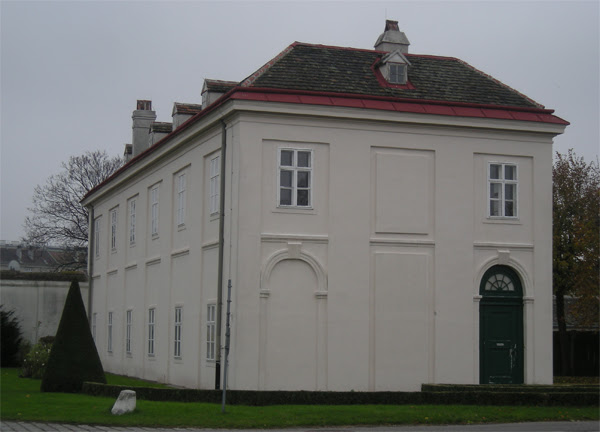 One of the many buildings along the park grounds that I find striking. It looks "thoughtful" to me. Maybe it is just my imagination running wild, but the park seems to have an otherworldly feel to it and I find it very appealing. If I do have time to rent a bicycle over the next two weeks, this will be one of my first destinations.
Labels: trails urban cycling Vienna