Who Is Afraid of Railroad Tracks? 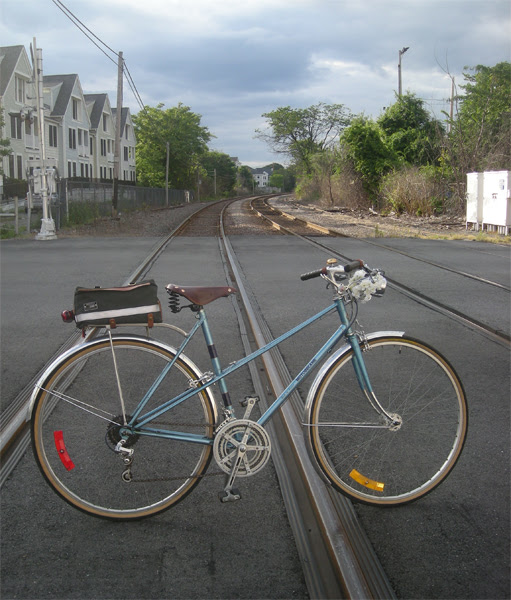 Shortly after I first began cycling, I witnessed an accident in Vienna, where a young woman was riding her bike past the university and her wheel went right into the trolley tracks, which had been parallel to her route. It happened very fast, and by the time I reached her, she was sprawled on the pavement covered in blood next to her flipped-over bicycle, a crowd was gathered around her, and the ambulance was on its way. Unfortunately, I do not know what happened to her after the ambulance took her. Only a few days later, I read about Dottie's crash while crossing the railroad tracks during Chicago's Tweed Ride, and shortly after that, about this incident, which happened to an American young woman on her visit with Amsterdamize. This sequence created a deeply ingrained association in me between railroad tracks and danger. 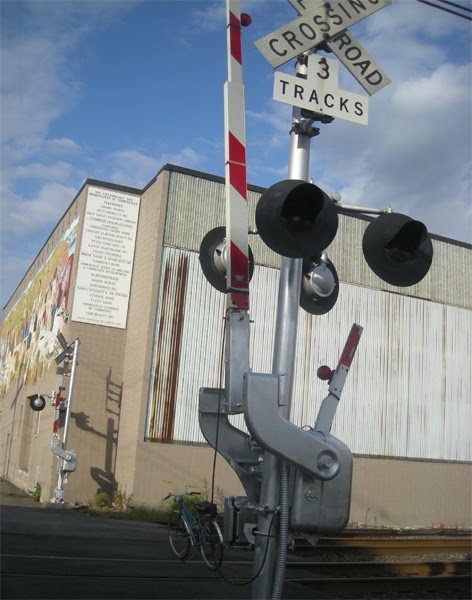 In my conversations with other cyclists regarding railroad tracks, I find a range of different attitudes:

Some are simply not aware of the danger. They do not have trolley tracks running through the streets in the town where they live, or railroad crossings as part of their regular route, and so they simply never learned that a bicycle wheel can get caught in the tracks. As you can imagine, this can be a problem if they visit Amsterdam or Vienna and rent a bicycle there.

Others have a "Be afraid, be very afraid!" attitude. They have friends who have cracked their skulls on the metal rails, tell stories about the railroad tracks "taking them down" even when they crossed at what they thought was a safe angle, and view tracks as the cyclist's mortal enemy.

And others still have a "There is nothing to fear but fear itself" approach, and believe that being overly cautious around railroad tracks is what really gets cyclists in trouble, as it makes them falter and jeopardize themselves. 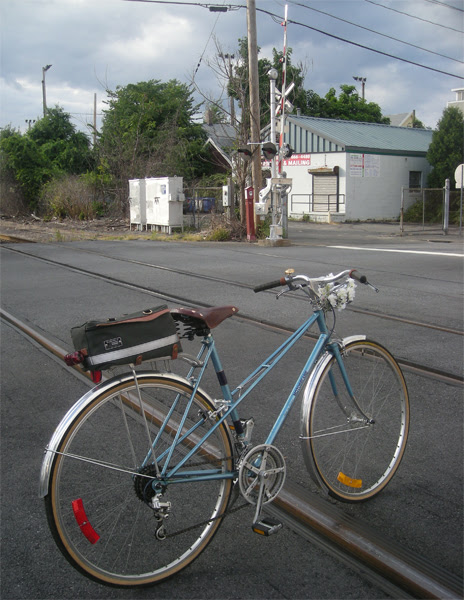 The latter group has an interesting point and I agree with it to some extent. I keep a reasonable distance when riding parallel to tracks and I approach them perpendicularly when crossing. But I try not to get too neurotic about it, despite having witnessed that accident. Still, it worries me that some cyclists are simply not aware of the need to avoid tracks. What has been your experience?
Labels: Marianne mixte Motobecane technique