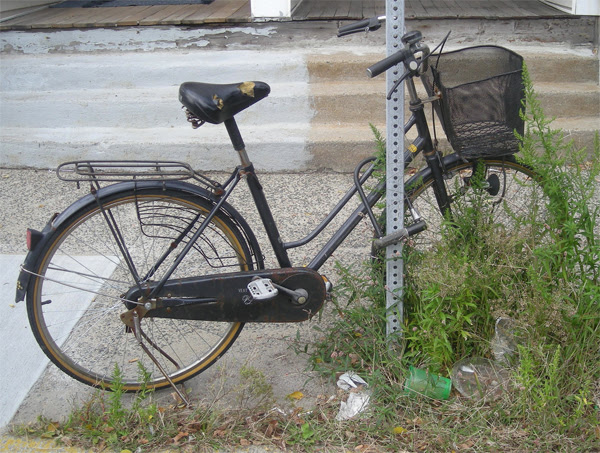 I spotted this unusual bicycle near Union Square in Somerville. 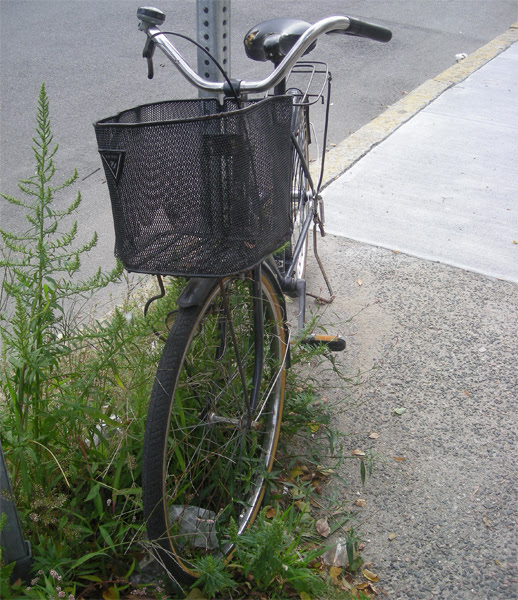 It is imprinted with the romantic name Vent Léger (which means "light wind" in French). 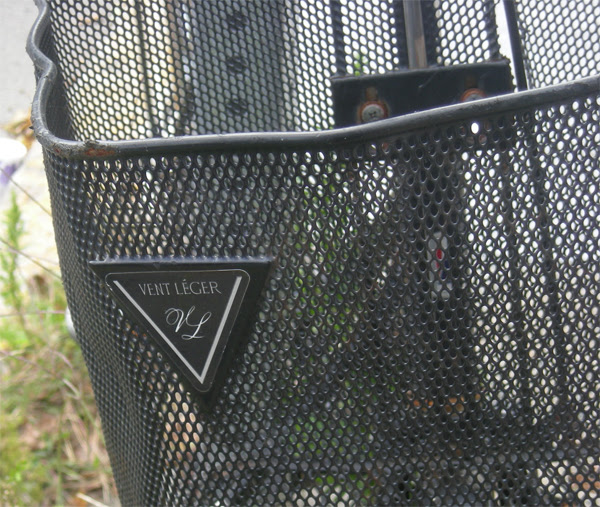 Every part of the bicycle is branded, even the handlebar basket. 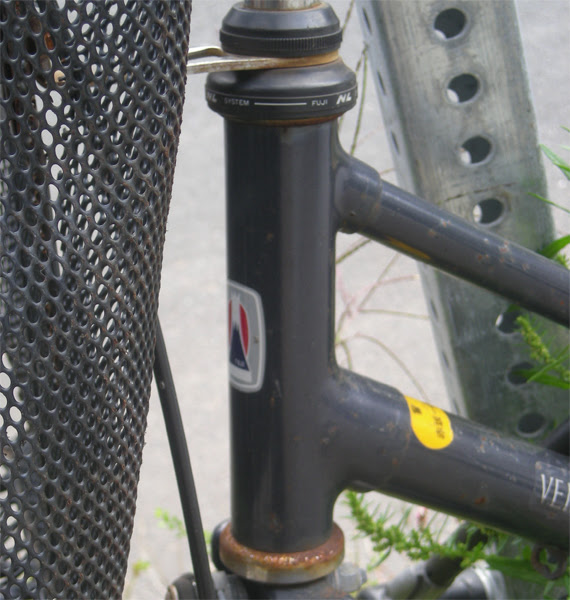 Apparently, it was made by Fuji: There is a Fuji headbadge and headset, as well as a sprung Fuji saddle. 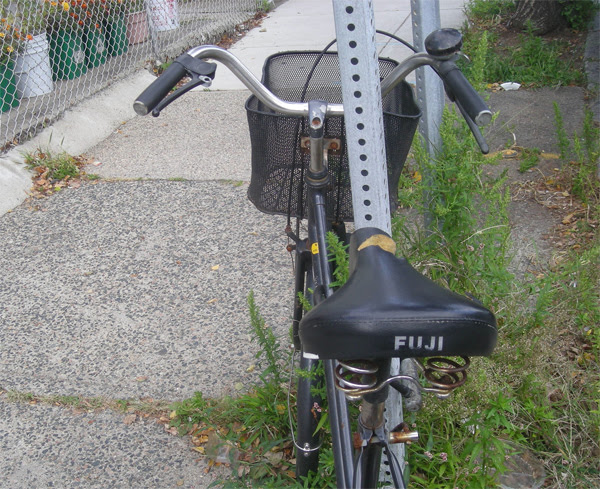 The interesting thing, is that I cannot find any information what so ever on this bicycle. It has what looks like a Japanese registration sticker on the downtube. It may have been made exclusively for the Far-Eastern market. 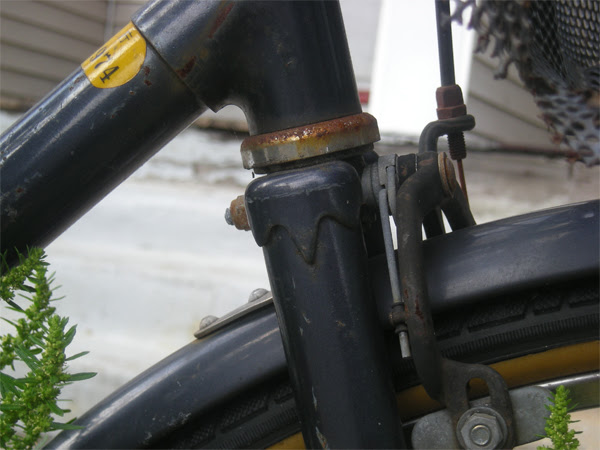 Underneath the dirt and rust, the lugged steel frame is a very nice shade of dark blue-gray. 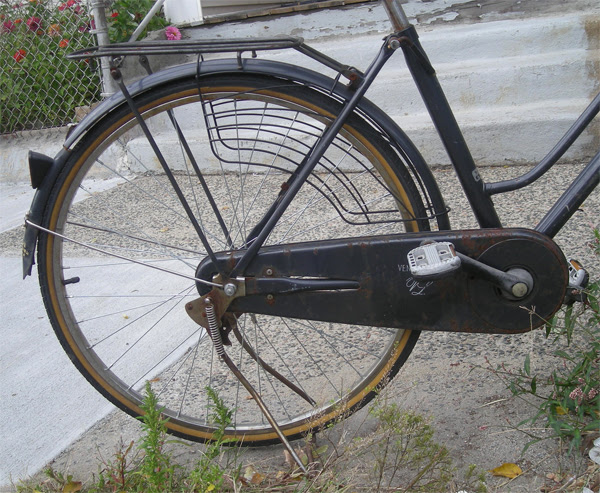 There are two brake levers on the handlebars, but the lever for the rear brake is not connected to a cable. There could be an after-market coasterbrake hub on the rear wheel - Or could it be that the bike is a fixed gear conversion? It is a single speed, so technically that is possible - though I shudder to think of anyone climbing hills on a bike like this in fixed gear. 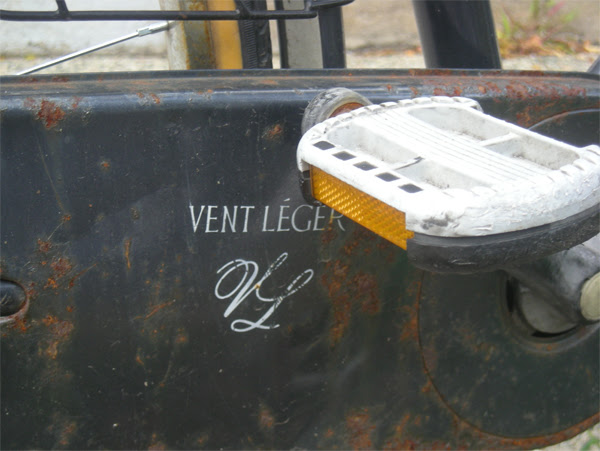 In any case, the enclosed chaincase protected Vent Léger's privacy, so I will never know what was up with the rear brake. 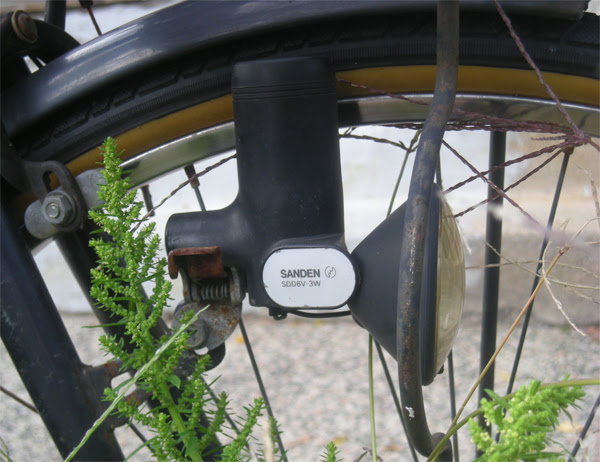 A close-up of the Sanden dynamo light. 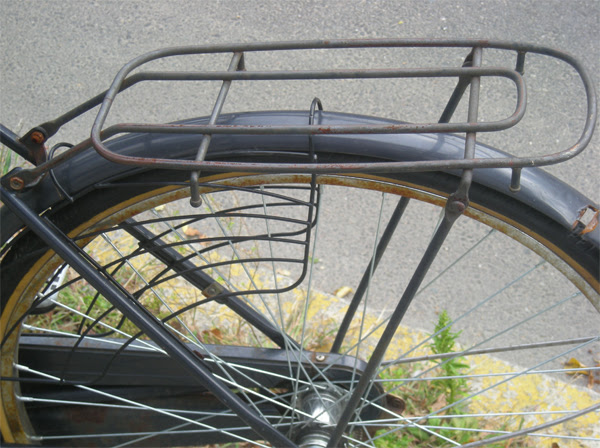 And a close-up of the rear rack and wire dressguard.

I can see no dates on the bicycle, but by the degree of wear I would estimate 1970s. I know that not everyone will find this "mystery bike" fascinating, but I am intrigued by the complete lack of information about it and drawn to the very logistics of its presence here. I mean, someone must have actually flown this bicycle here from Japan. God knows how many years later, it now stands in the overgrow grass next to a chainlink fence in Somerville. But at some point, someone must have carried flowers in the basket and groceries on the rack. Someone must have loved it and cared enough to want it with them.
Labels: Boston lights loop frame vintage