Batavus Old Dutch: Not What I Expected

If you follow the Suburban Bike Mama blog, you may recognise that this is the fabled silver Batavus Old Dutch that has been the subject of some frenzied discussion due to its fabulous sale price. Vee didn't buy the bike because the frame was too large for her, so being in the neighborhood I hurried to see it. The price was so good that I was considering getting it as a winter bike and sparing my main ride  from Boston's salt and snow. Heading to see the Batavus, I was pretty much prepared to take it home. But alas, I left empty-handed. 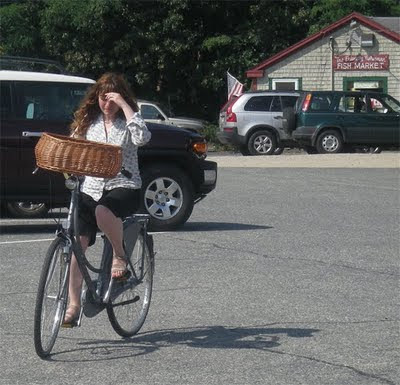 On fist impression the bike looked nice enough (though for some reason the shop fitted it with this strange basket). The bicycle is all silver, including fenders, chaincase and dress-guard. I like silver bikes and the loop-frame looked classic and elegant. 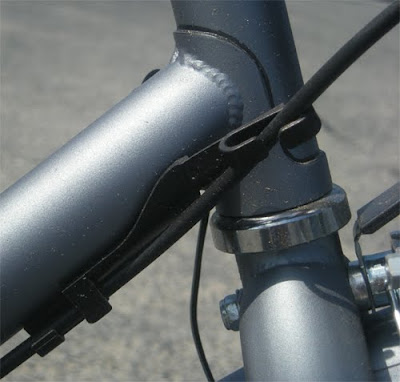 But a closer examination gave me a different perspective. The frame is partly welded (as opposed to lugged), and the welds are kind of messy. Unicrown fork, too. 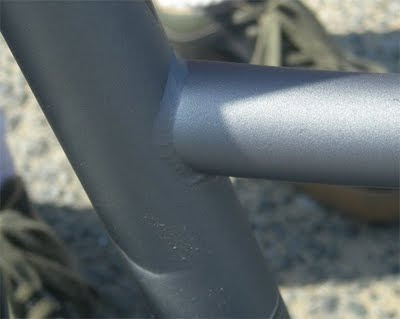 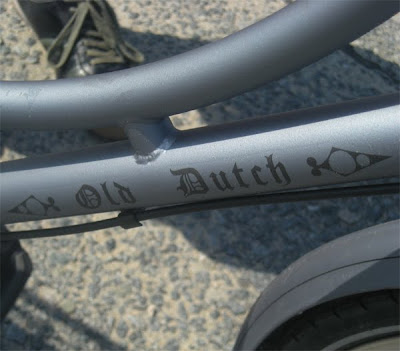 And the "loop" connector. Now, some may be reading this and thinking "So what? Most modern bicycles are welded." True enough. But from a classic Dutch bike that advertises the "old" aspect of Dutch bikes, I would expect a more traditional frame construction.

But while the frame construction was disappointing, the more serious problem were the components. The front brake had almost zero stopping power - and that's riding around the flat parking lot in dry weather. We adjusted the brake and the bike shop even replaced the brake pads, but there was almost no improvement. Perhaps this had something to do with a combination of a low-end caliper brake and steel rims. Steel rims + caliper brakes = poor braking, especially in wet weather. The coaster brake did have decent stopping power, but was not especially strong either. Since I was thinking of getting this as a winter bike, that would rather defeat the purpose. Downhills might also be scary even in the best weather. 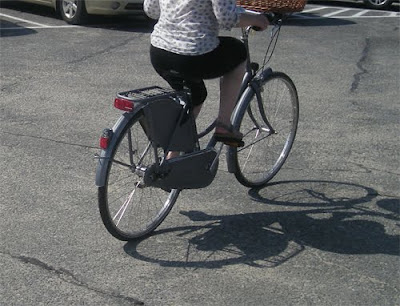 The closer I examined the Batavus Old Dutch, the more details I noticed that made it look cheaply made. The cable guides were plastic clip-ons that were starting to come off in places. The pedals and bell felt flimsy and loose. The chaincase was made of a vinyl cloth-like material apparently prone to yellowing and tearing (as it had both yellowed and torn... and this bike was a floor model that had never seen hard use).

I feel bad piling so much criticism onto this poor bike. I wanted to like it and fully expected to take it home. But the bike I saw did not make sense for me to buy, even at the sale price (which I think reflects its value more so than the retail). That said, the Batavus Old Dutch is sturdy and, from a distance, attractive. If bought at a discount, it could work nicely for someone who wants a Dutch bike for short urban trips and isn't bothered by the issues described here.
Labels: coaster brake lights loop frame test rides