The World of Vehicular Cycling 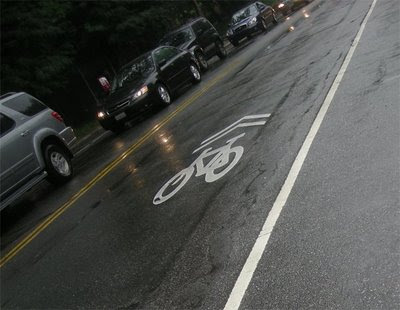 I have been feeling pretty comfortable cycling with traffic. The Pashley Princess is so sturdy and reliable, that I feel more like a small car than a bicycle, which gives me the confidence to behave like a motorist. I have always been a nervous driver, but interestingly, I have not had the same anxiety while cycling. 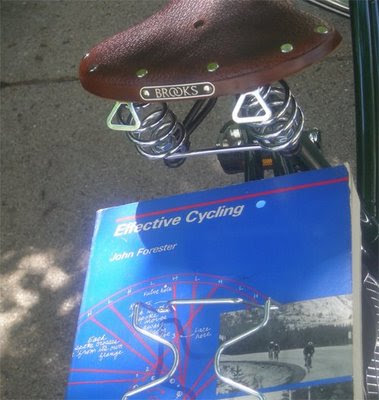 As I began to cycle in the city, I quickly realised that many ideas about cycling I'd held since childhood were counterproductive. Reading up on the topic, including the iconic Effective Cycling by John Forester, has confirmed this. The biggest example, is the false belief that riding on the sidewalk and on the opposite side of the road (in order to "see the oncoming cars") are safe alternatives for beginners who do not feel brave enough to cycle with traffic. I wish there was a way to communicate to the public what an extremely bad idea it is to do these things. The sense of safety they give the beginner is a dangerous illusion, since there are far more opportunities to get hit by a car this way than by cycling with traffic and obeying motorist rules. If you are new to cycling, please have a look at this website for a to-the-point analysis of the kind of behaviour that leads to accidents. 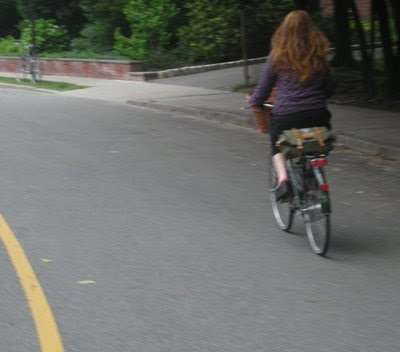 Given the option of using perfectly designed segregated cycling facilities, I would gladly do so. But the reality in North America today, is that vehicular cycling is a de facto necessity, since no proper cycling infrastructure exists. For that reason, I think it is crucial for cyclists to learn the rules and do it properly. A pretty skirt, high heels and a basket will not save you from the dangerous situations that misinformation and lack of skill can create.
Labels: coaster brake Eustacia Vye loop frame Pashley skirt social commentary traffic urban cycling