Marianne and Her Lover 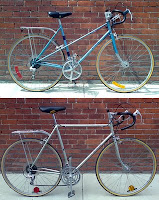 As hinted ever so subtly in the previous post, we have finally gotten a pair of road bikes to complete our velo-brood.

The pictures above are the "before" shots. Mine has already told me that her name is Marianne. The Co-Habitant's bicycle has not revealed his identity yet, so for now I will refer to him as Marianne's lover. 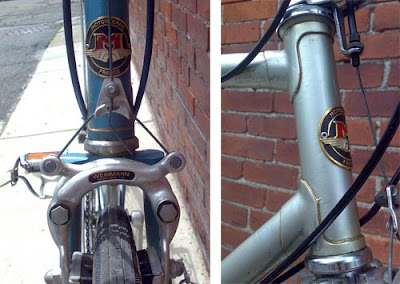 The bicycles were a bit scruffy when we got them, but they have incredibly good "bone structure" with elegant lines and beautiful lugs. They are now undergoing spa treatments and shall emerge as a sleek, glamorous couple. 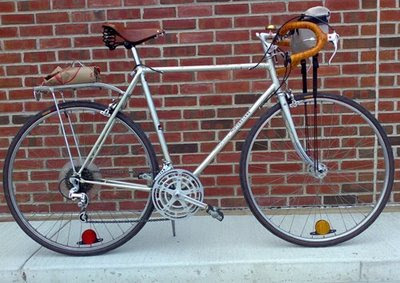 Marianne's lover has already been fitted with new tires (Continental), a Brooks Flyer saddle in honey, shellacked cork handlebar tape, and a Crane bell. The handlebar bag is a temporary contraption that will be replaced by something sexy from Velo-Orange or Rivendell. He will also be getting nice fenders and lights. 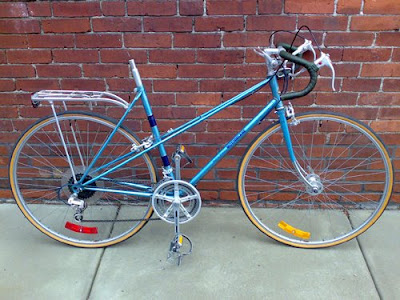 Marianne herself is not quite as far along yet, but she's been cleaned up and gotten her handlebars re-wrapped in nice cotton tape. The seatpost is waiting for a Brooks Flyer S. She will also get fluted Honjo fenders, some lights, and a bell. 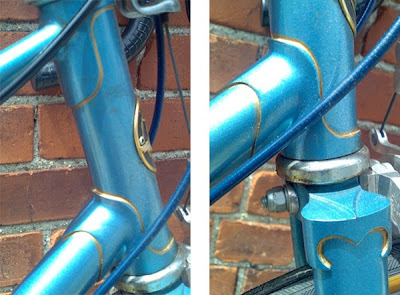 I am so in love with the lugs on vintage road bikes. The Mirage and Super Mirage were mid-range models for Motobecane, nothing special. But the amount of care and detail that is evident in their production is amazing. The lugs on both bicycles are hand-outlined in gold paint. 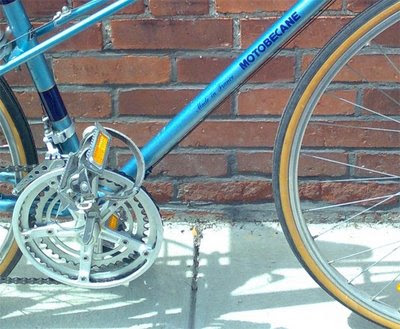 Oh yes, and notice the clips on the pedals. Since I already have two bicycles set up for commuting, I decided to leave all the original sporty components on the Mixte and give them a try. Should be interesting!