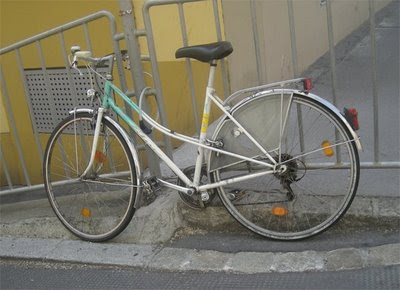 Continuing with the theme of the previous post, I am showing off some Mixtes that I've been encountering around the neighborhood. After seeing all the amazing make-over photos on Cyclofiend and Chic Cyclist, I now find myself looking at these bikes with a predatory attitude! -- imagining what they would be like with custom paint jobs, Brooks saddles, cork grips, etc. For example, I am seeing the one above in a dark, luscious forest-green, with the head tube painted off-white to set off the lugs... 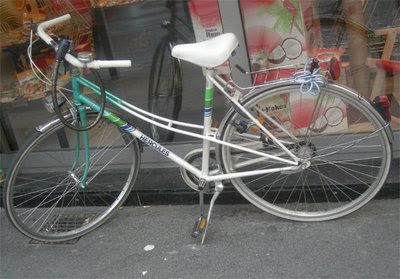 In Vienna there is a fairly heavy presence of 1970s - early 1980s roadbikes, in comparison to, say, 3-speeds and cruisers from the same era. I am guessing that this is because of the steep hills. A large portion of the roadbikes have mixte frames. 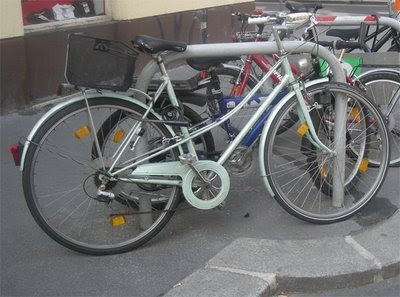 The interesting thing is, that these are not conventional mixte frames, but a special breed that I have only seen in Europe so far and not in the US: Notice that the top tubes on all the bikes posted above are curved rather than straight.

Here is a more "conventional" mixte, with straight tubes, for comparison: 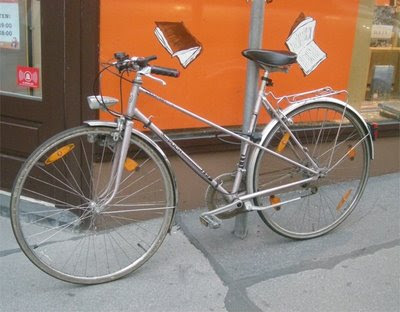 And here is a curved one again: 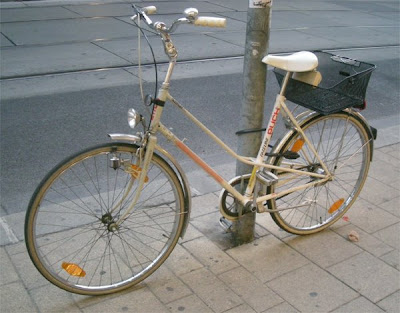 Most of the mixtes I see here are fitted with relaxed style handlebars, rather than drop handlebars. Almost all have fenders and rear racks. These are definitely used as commuters. The one on the first photo in this post even ha a skirtguard! Personally, I do not think that a skirtguard looks good on a mixte, but it is interesting to see it nonetheless. 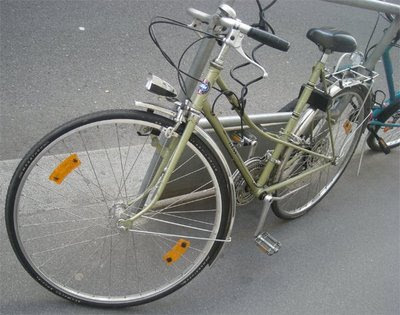 The curved top tubes give these mixtes a super-feminine and graceful look that I find appealing, especially in combination with the yummy vintage pastel colours they come in. 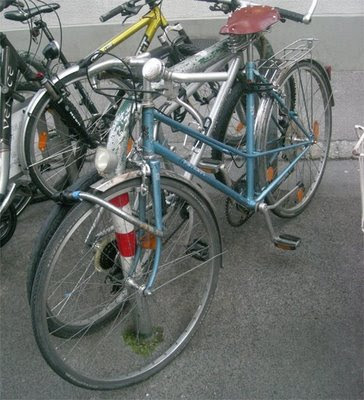