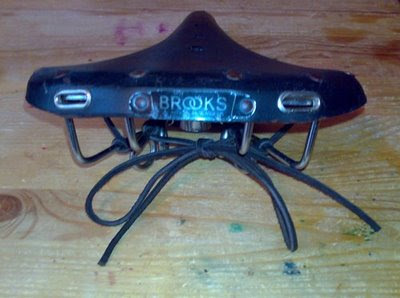 The Co-Habitant has recently acquired a gorgeous vintage Roadster. The bicycle itself was in great condition, but the B72 Brooks saddle seemed to be a goner -- hard as a rock, with cracks on the verge of forming all over the surface. Rather than give up on the saddle, he decided to try the lacing technique. Lacing can rescue saddles that have become rigid and brittle with age: It holds the shape of the saddle under pressure of the cyclist's behind, allowing the leather to slowly regain its flexibility. Here is how it is done: 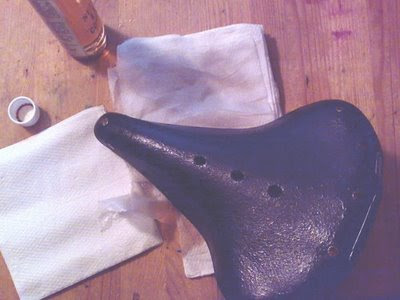 A dried-out saddle should first be treated with Neatsfoot oil. If the saddle is rescuable, it will begin to soften. Take care not to use too much oil, so as not to oversaturate: Rub the saddle with a cloth or napkin, never soak. 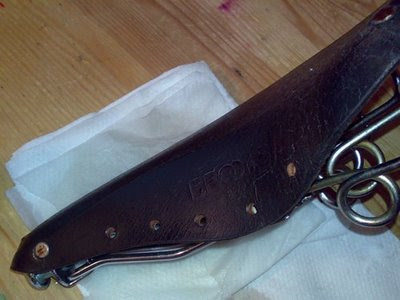 Punch several holes on each side of the saddle, through which the laces will be threaded. 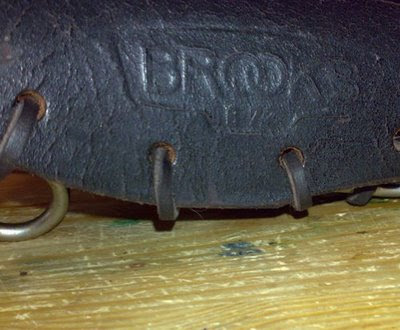 Thread the laces through the holes, overlapping them underneath and pulling the two sides of the saddle closer together -- like tying a shoe. The traditional method is to use a long strip of leather, though some use shoe-laces. 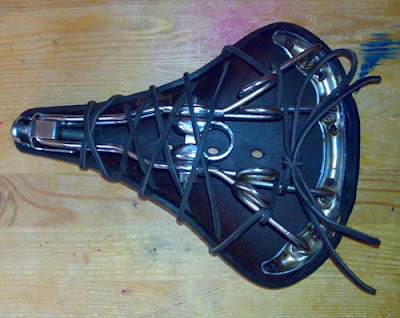 The tightness can be adjusted, like a corset, to control the shape of the saddle. Afterwards, the laces are tied in a secure knot. 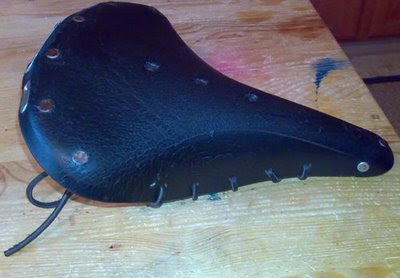 This is what the saddle looks like in the end. The stiching itself can be executed in several different ways. The Co-Habitant likes the "underneath" stitch, but the side-to-side stitch is also popular. 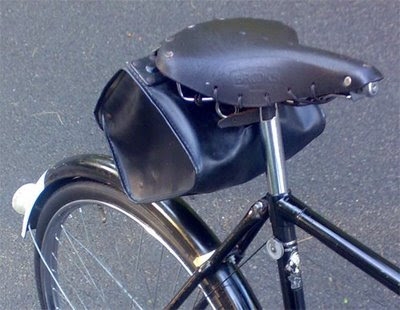 And voila: an ancient B72 saddle rescued and happily returned to its proper place. It has not cracked after being riden on. Happy saddle, happy Roadster, and happy Co-Habitant.