Over the span of this blog's existence, I have owned quite a few bicycles. Some I've bought for personal use. Others I acquired specifically to experiment with and to write about here, knowing in advance that I would later re-sell them. I tend to own a few bikes at a time, and when a new one is acquired one of the existing ones goes. With this in mind, I ask readers not to put too much stock into my choosing to buy or sell any particular bike. The former is not an endorsement and the latter is not a rejection. There are many fantastic bicycles on the market today, and much depends on the cyclist's preferences and circumstances at a given point in time.

BIKES I AM RIDING 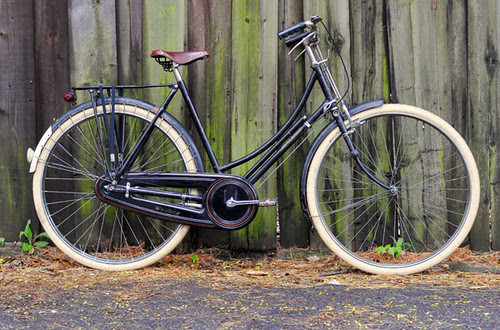 Raleigh DL-1 Lady's Tourist
function: transportation bike
info: I love vintage roadsters. This one is a 1973 model that I got in 2009 and modified in various ways. The rod brakes are supplemented with a coaster brake wheel. More here. 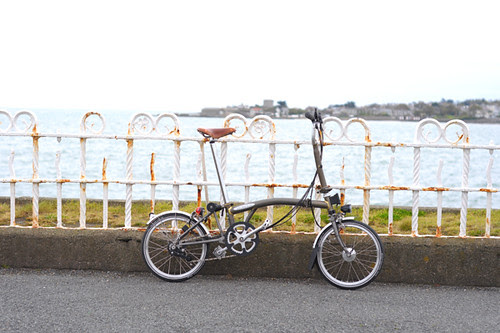 function: transportation bike, travel bike
info: After considering it for the past 3 years, my husband and I finally got a pair of Bromptons in Spring 2012. I recently took mine on a trip to Ireland. More here. 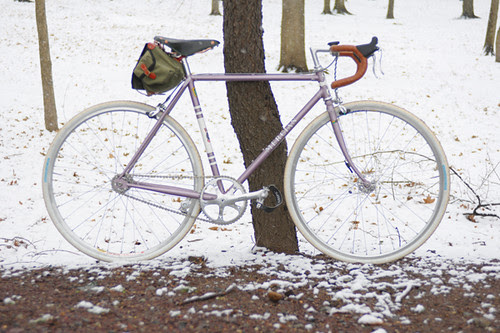 Mercian Vincitore Fixed Gear
function: fixed gear roadbike
info: Mercian Cycles has a long history of building fixed gear bicycles for the road. They made me this beautiful and extremely comfortable bike in 2011. More here. 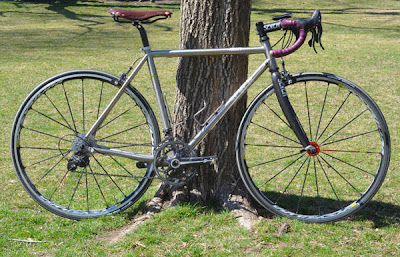 Seven Axiom S
function: roadbike
info: The local-to-me Seven Cycles and the Ride Studio Cafe got me into roadcycling. I rented a demo model in spring 2011, and a year later got a Seven of my own. 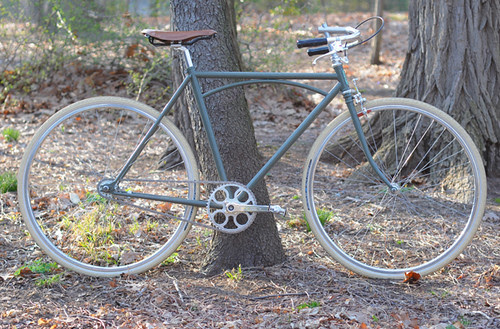 ANT Truss Bike
function: fun bike, parade bike
info: Mike Flanigan is a local frame builder whose work I greatly admire. The Truss Bike is a specialty of his and I am proud to have one. More here.
.....


BIKES I AM WORKING ON

Last year, I began experimenting with bicycle design. I am interested in lightweight lugged steel construction, and specifically in exploring low trail 650B geometry. I am taking things slowly, but this year there are two projects in the works. This time they are prototypes made in my size instead of for a customer. This will allow me to test the bikes more thoroughly and see where I want to go with this. No pictures yet, but hopefully soon:

I will supplement this page soon with additional pictures and also the bikes of my Significant Other. Thank you for visiting.